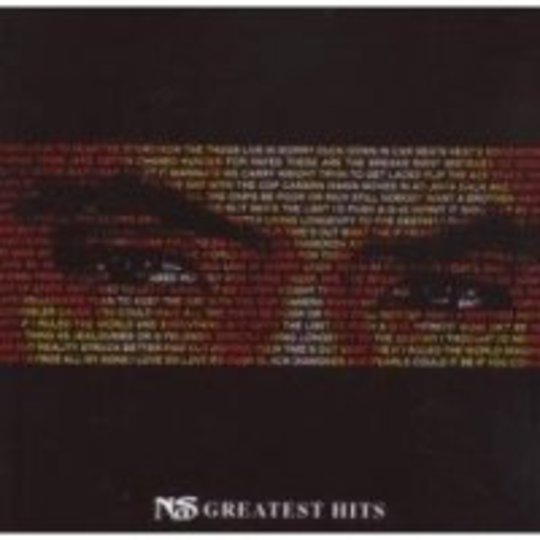 Here is the first thought that came to me when I received Nas’ Greatest Hits: how the hell does one review somebody as important, as legendary, or as influential as hip-hop’s all-time heavyweight champion Nas?

I mean, this is the guy who released Illmatic in 1994 which, despite the near 17-YEAR-LONG hype, can still truly be considered one of the greatest hip-hop records of all time. Nas’ career has continued to develop and shine over the years, with the release of seven more studio LPs that, when placed in order, can be used to document the evolution of not only the artist himself, but the ever changing trends in modern rap music.

Therefore, this review aims not to review Nas’ music in any sense whatsoever; this is largely a collection of classic material and, let’s face it, assessing the selections wouldn’t really be fair, seeing as most of these singles have been tremendously successful, and rightfully so. However, does this album’s tracklisting fairly and squarely cover the enormity of Nas’ musical vocation? Yeah, sort of.

Nas’ Greatest Hits begins on a new single, ‘Less Than An Hour’ featuring Cee-Lo (of Gnarls Barkley fame; the track is also featured on the Rush Hour 3 soundtrack). Yeah, it’s pretty good in a commercial hip-hop kinda way, but beginning a greatest hits CD with a new single - especially one which is featured in a film starring Jackie Chan - just seems a bit feeble. C’mon Nas! I reiterate - you wrote freakin’ Illmatic! I expect more, and I’m left feeling annoyed.

Luckily, the compilation picks up from there on in, chronologically going through the principal singles of Nas’ career - beginning with the amazing ‘It Ain’t Hard To Tell’, ‘Life’s a Bitch’ and ‘NY State of Mind’ - continuing through to his chart-topping duets with both Lauryn Hill (‘If I Ruled The World’ from It Was Written) and the previously-known-as Puff Daddy (‘Hate Me Now’ from I Am Nas). The mix then moves to highlight some of his later work, with singles taken from Stillmatic, God’s Son, and Street Disciple, and finally culminates in three remixes of classic Nas singles: ‘Half Time’, ‘Nas Is Like’ and ‘Thief’s Theme’.

So, basically, this is exactly what you’d expect from a greatest hits collection.
As previously stated, one album could in no way do this man’s career justice; however, I suppose you get what you pay for with this record. These are definitely all of Nas’ greatest hits, and as a result this definitely isn’t a record for established Nas fans; it is instead a record for a new generation of hip-hop lovers, the kids of today who missed out on this particularly significant urban icon and his lyrical mastery.

I just hope they find their way back to Illmatic.