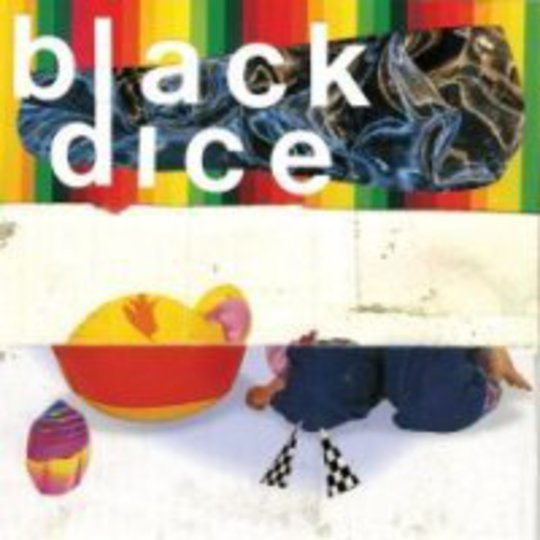 It’s weird to think that a lot of people will be entirely repulsed by this new Black Dice record. The rhythms that lie beneath the alien electronic glitches and foreign textures are so intuitive, like dance music from another planet. Granted, yr probably not going to be dancing to this like you’d be to something actually categorised as such but it’s hard not to move yr body. It has a strange effect: yr torn between scratching yr heads over the origin of the sounds and wondering why at the same time it makes so much sense.

Take ‘Scavenger’, for instance, starting off with ambience reminiscent of some future industrial film soundtrack into which a subtle but sure bassline emerges; it’s subterranean and dark, the repetitive rhythms positively infectious amidst a wash of glowing sounds unknown. Then it’s back to the ambience and into the next track, gathering momentum with the assured rhythmic sensibility that runs throughout the album with a surprising amount of variation. The pace is varied throughout Load Blown: beats take come in usually two thirds through a track after a slow build up. It’s happy to dawdle more in other parts, too, but mostly a frenetic energy governs the record.

Crafted with primitive electronics and guitars and a myriad of different pedals, there is a human instinct and sense of the homemade behind it all. It’s not so relentless as to totally alienate, just enough to get yr brain along with yr heart.

Black Dice are a confrontational and aggressive band in a way; their ethos is something along the lines of punk, even if the aesthetics don’t match up. Maybe more bands should be as confronting, making sounds that rub up to yr ears in ways that haven’t happened before. To some, it might sound like they’ve mellowed a little bit here; their pulsations are warmer, perhaps, but no less immeasurable before. It’s weird: if the sounds are softer around the edges here than before on their previous three albums, they’re challenging in new ways. Of course, it’s consciously trying to do so, but the Brooklyn noisiacs here have honed their craft to a point where more often the sounds sweep you up; you forget why yr trying to figure out their origins. It’s a partially cerebral listening process; the pulsating globules, the percussive clicks and taps, gaseous futuristic warbles. But the sheer physicality of _Load Blown _is its strength. Its essence is innate and intuitive, and it’s hard not to nod yr head along with it. It’s just it leaves you wondering how exactly to move to these strange rhythms. In both concept and its execution, there’s nothing else like Black Dice.

Black Dice still belong in the DIY basement space but with Load Blown_ they’ve made their most accessible album yet. There’s a lot to grasp onto here (beats, especially) and a lot to get lost within. It’s self-consciously ‘future music’, pushing forward with a necessary sense of optimism despite its makers’ fucked-up and often challenging aesthetics.