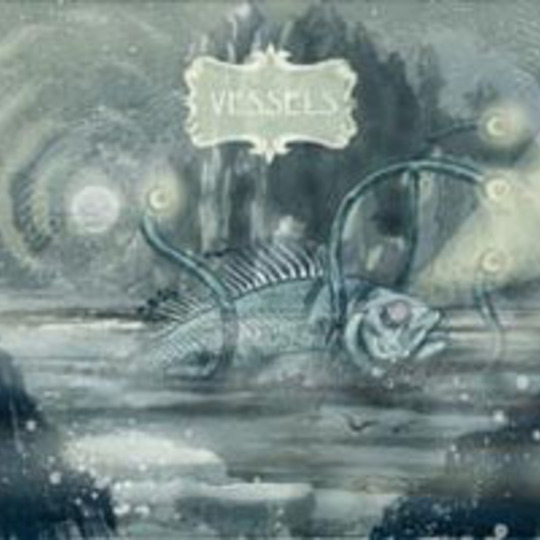 Anyone already aware of Leeds-based five-piece Vessels will have marked the release of ‘Two Words & A Gesture’ on their calendars months ago. And then scribbled it out and moved it a week back. And another week back. And so on and so forth until now, and its eventual release. The wait’s been worth it, as predictable as that sounds.

Delicate yet chaotic at once, this seven-inch finds Vessels at their percussive best: four minutes in and all gears are crunched to their top cogs and the song – which begins auspiciously, layered guitar drones and a gentle chime promising something akin to post-rock shifted left of centre – rockets to a bizarrely sudden close. Following such a considered build-up, it’s a blindsiding move to finish proceedings without so much as an echo of a dying chord, lingering for a few seconds once hairs have returned to their resting positions.

‘Two Words & A Gesture’ is less a song, then, and more an extended intro piece that evolves into nothing but silence right now. Continuation will come when the album arrives – recording begins in the US soon, so when we’ve something to pencil into 2008’s diary we’ll let you know.