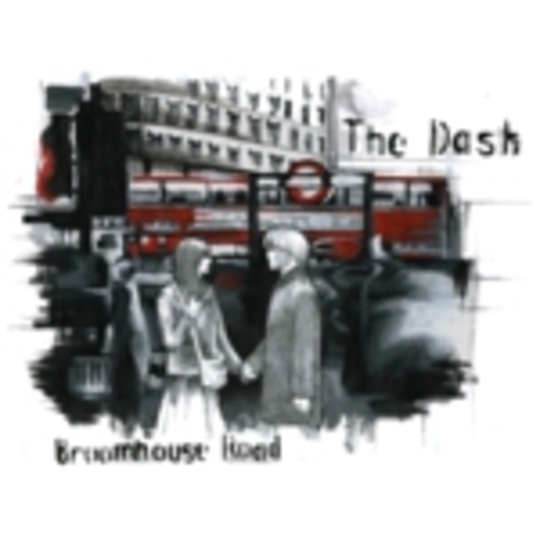 Three years back, a reviewer once claimed on these very pages – here, in fact – that The Dash had produced “the best two demo tracks I have ever heard”. It’s a statement which stands proud on the press release for (the evidently long-awaited) debut single ‘Broomhouse Road’, one of those two demo tracks from 2004, and so it seems only polite to check out what became of it, and hope it’s not rubbish in a borderline-familiar way, like some awkward conversation at a family reunion.

Not that The Dash would fit in at my family reunion – mine is full of upstanding members of society and held in Budleigh Salterton, and ‘Broomhouse Road’ is, essentially, three yobs yelling about London for seven minutes, the vocals more shouted than sung thanks to the grit ’n’ gravel approach of lead vocalist Marc Hayward, formerly of The Michelles, and occasionally backed up by the other two members joining in for a good shout. The guitars are undernourished and high-gain, frayed rather than actually distorted, and the resulting blitz is not punk-rock in an anarchy way, more in a The-Jam-meet-The-Libs way – not punk enough to be punk, not mod enough to be mod, not indie enough to be indie – and it fails to ignite as irritatingly as a wet firework.

But where the A-side falls flat, the B-side romps to victory. ‘Dear Obituary’ is that little bit faster, melodically messy and endearingly lo-fi, sounding like it was probably recorded using two yoghurt pots and a bit of string. Hayward’s voice is hoarser and much better suited to this frantic high-speed tomfoolery, and as the pieces all fall into place, the all-important enthusiastic energy slowly appears and saves the day. They still aren’t coming to Budleigh, mind, the little tykes.