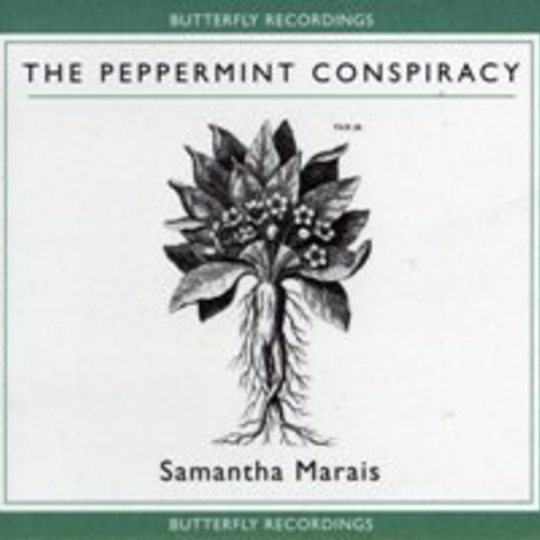 Nice. Much as that most inoffensive of adjectives feel like a sledgehammer of feint praise, in the case of Samantha Marais’ debut album The Peppermint Conspiracy there seems no more fitting description.

Unfortunately nice also denotes interminably dull. Anyone remember Kathryn Williams? She was a nice Merseyside folk singing lass who gained some notoriety at the turn of the century for similarly whispery fare. Alas, once the curiosity factor and charm wore off Williams pretty much faded back into the margins. Without wanting to sound too unkind, one suspects a similar fate may await Miss Marais.

But there is an impressive roll call of pedigree with their fingerprints on the London-based, South African-born folk artist’s debut that should provide some initial interest. With the songwriting partnership of ex-Verve man Simon Tong and Youth (The Orb) behind her along with Killing Joke’s Nick Hollywell-Walker and Marais’ ex-Contraband buddy Benji Vaughan lending a hand, there is too much quality and experience presiding over things to ever let the album slide into complete tedium. If anything the support of others lets Marais concentrate on her strongest asset – her purring vocal.

Thus, The Peppermint Conspiracy wispily floats through the stereo so delicate and unobtrusive that you almost forget it’s there; fooling you into a dopey stupor, not quite entrancing or seductive but deflective nonetheless. First track proper ‘First Days Of June’ is, as you might expect, a swaying summer ditty in which Marais does a mean Kirsty MacColl impression. In the midst of a blustery winter’s day it feels square peg awkward and you wonder if Marais has missed her summertime window of opportunity with this pre-Christmas release. It’s all going swimmingly until just under the three-minute mark when Marais meanders into an ill-advised interlude, switching from rustic chanteuse to sprite-chasing Kate Bush wannabe. On cowpat moments like this she lets herself down.

When she aims straight and keeps it guitar- and voice-orientated, letting the rich melodies twinkle on ‘Warm Winds’ and_ ‘Falling Star’, she’s at her best. Then she spoils it all with the spoken-word gaffe of ‘Hourglass’, as sultrily delivered poetic lyrics are undone by the plinking water effects - the whole thing having the strange whiff of _Alan’s Deep Bath about it. With the opening strum of ‘Please Take Your Time’ _the breezy progression is so familiar you half expect Sam to start languidly singing about playing football for the coach but dusting off a few trusty old chords is forgivable enough when it’s one of the more memorable offerings. Late entry ‘Runaway’ _is arguably the standout though, shaking off any remaining cobwebs with a gentle stomp propelling the pleasantly airy music box melodies.

For all Marais’ undoubted talents, it’s hard to believe The Peppermint Conspiracy will ever be anything more than admired by anyone. While it is by no means a failure or disappointment, it never feels anywhere near essential enough.