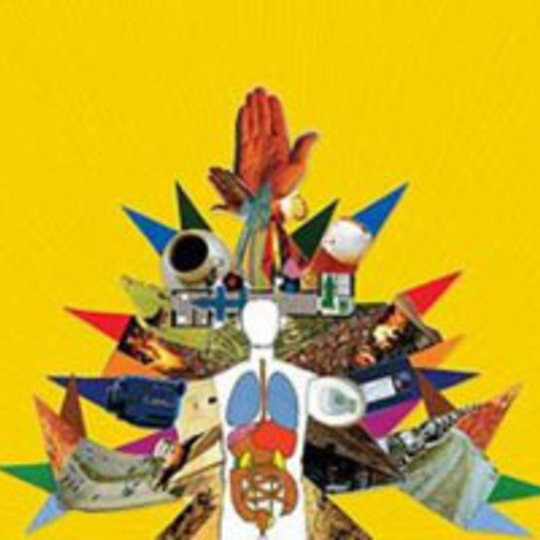 As frontman and bassist with Brooklyn-based noise-punk merchants Parts & Labor, BJ Warsaw earned a reputation as the don of arch, ear-bothering soundscapes. Now striking out on his own with bedroom side-project Shooting Spires (soon to be expanded to a quartet for live commitments) he’s ditched the punk bit and produced a patience-testing collection of abstruse musical whims.

The sound is characteristically dissonant and droning and when Warsaw gets the balance right it even borders on triumphant, as on ‘Hollow Yell’ _and _‘Sky For A Sea’. They’re all too rare exceptions however within the record’s half hour of aimless cacophony.

The main problem is the vocals and scratchy production. Seeming like they’ve been recorded through a megaphone about 20 yards from a mic, Warsaw’s frustrated melodies are buried under thick, glitchy walls of sound. While that is undoubtedly the intention of their designer, it leaves you unmoved and alienated, making for an ultimately passionless listening experience. Where most records put their best foot forward from the off, ensnaring you with the best tracks first, Shooting Spires’ debut does the opposite, only really getting into the groove at its halfway point from which it boasts the aforementioned glimmers of finely wrought craftsmanship. When the largely unblemished (save a few unnecessary distorts and found-sound inference) acoustic and voice closer of ‘At Last At Least’ comes around it is as relieving as it is surprising to find Warsaw adopt a less-is-more approach to send the record home.

In the end there is nothing much worth latching onto or revisiting here and the bumptious forays into arty musical doodling should be of very little interest to any one but the creator and a handful of blinkered acolytes. For beard-strokers, Parts & Labor fanboys and tech-heads only.