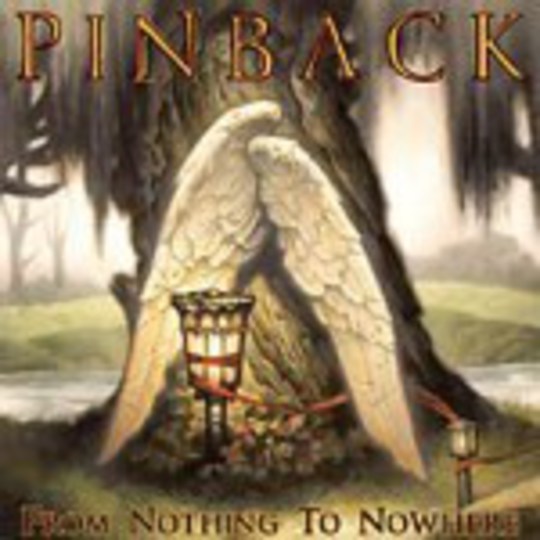 The lead single from their fourth long-player Autumn Of The Seraphs, Pinback’s ‘From Nothing To Nowhere’ finds the San Diego-based indie-rockers on their finest form, delivering a distracting three-and-a-half minute gem, punchy and glossy, that really does have the average listener scratching their head furiously: just why aren’t this band bigger than they are?

Somewhat brisker than many a catchy composition past, this standalone effort is easily the equal of anything released as a single The Shins or, say, Spoon this year (not to knock either act, of course). Unlike the aforementioned brace of reference points, Pinback haven’t yet attracted the wider mainstream’s attention, but with tracks like ‘From Nothing To Nowhere’ in their catalogue surely that transition’s approaching with haste. Rob Crow’s lead vocal is strong, back-ups arriving where expected for optimum effect, and the propulsive drumming throughout gives this song a desperate feel; it’s not exactly the sound of a band on the edge, but Pinback nevertheless convey a sense of urgency in their writing here. This truly rockets along, feeling only half as long as it actually is.

Which, one can conclude, is indicative of a great pop song: instantly engaging, memorable, and not so full of itself to outstay its welcome, however brilliant it may be. With album three Summer In Abadon attracting more fans to their cause, Pinback’s latest LP seems certain to lure even more listeners towards some of the very best indie-rock around, and this single is the perfect portal for further exploration.