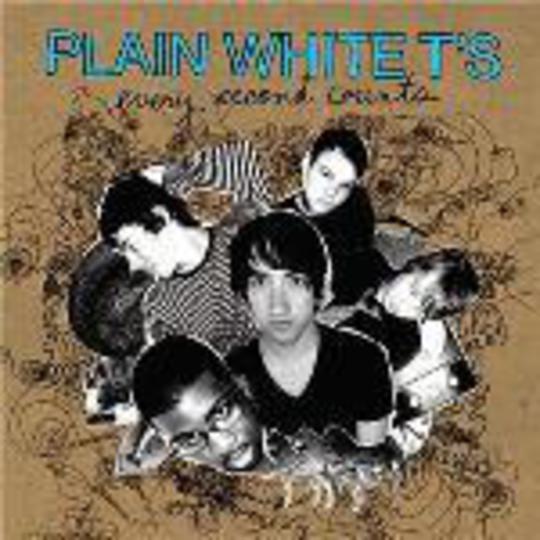 Although never exactly water tight, the Jo Whiley seal of approval offered a reliable sanctuary during the storm of tracksuit-adorning guitar-clutching miscreants that flooded the mid ‘90s. Alongside bug-eyed Evening Session cohort Steve Lamacq, Whiley seduced a nation of reclusive ill-fitting teens with her sultry tones, seemingly unrivalled insight into all things indie and, teasingly, her refusal to wear shoes in the studio (a move which appeared both rebellious and sexy but now seems plain unhygienic). Yup, this girl was a looker with immaculate taste in tunes, making her the trouser-staining wet-dream of every lank-haired fifteen year old.

But those halcyon days of bedroom-bound listening eventually faded. The Evening Session slowly dissolved, Jo moved on to the tedium of daytime radio, and listeners finally grew old enough to venture into scuzzy, beer-soaked dives and discover their own heroic melody-makers.

Yet, when Plain White T’s’ fourth LP Every Second Counts passed into my hands with a glowing tribute from Ms Whiley emblazoned on its sleeve, those doe-eyed early-evening memories came gushing back. This was someone who’d shaped my musical foundations, someone who was responsible for my bulging un-choreographed CD collection funded by an emaciated bank balance, and, no matter how many years had slipped through the egg-timer of life, I knew she could be trusted.

How wrong I was.

What she hears in this shit-shifting, lug-burning, stomach-wrenching excuse of a band is beyond me. The Illinois-based quintet epitomise the soulless, pitiful bile that soundtracks neanderthalic frat parties across America; the type of shindig dominated by bench-pressing jocks and mini-skirt-tugging beauty pageant clones looking to touch ‘third base’ having guzzled their way through kegs of piss-warm ale whilst crushing beer cans on their gray matter-devoid craniums.

Littered with cringing adolescent takes on the complexity of relationships, every track alludes to one of two regimented formulas: either tuneless thrashing guitar dirge built around a hushed verse and loud chorus or – infinitely worse – crawling, candle burning strummery that drizzles out archaic couplets like the woeful “what’s it like in New York City, I’m a thousand miles away but, girl, tonight you look so pretty” [‘Hey There Delilah] with no hint of shame.

Nothing here has the nous or audacity to arrest the mind with even a smidgen of intrigue. Instead, the record languishes corpse-like in ‘You And Me’’s multi-layered post-Sum 41 jizz and the utterly dispassionate ska-punk splurge of ‘Friends Don’t Let Friends Dial Drunk’ (surely the worst song title of the millennium?). The entire LP is so skull numbingly predictable it’s easy to pre-empt the video for any forthcoming single; y’know, the one where a brooding frontman is initially ponderous and morose in that oh-so-emo way before climaxing with the entire band jumping into a pool, instruments in hand, while scantily clad girls cavort joyously around them.

Perhaps I’m just too old to understand the allure but, as one slice of college rock-schlock sloops limply into another, it’s questionable whether we need the Plain White T’s’ stateside tripe at a time when our own generic batch of jingle-merchants are hovering smugly around the chart’s upper echelons. Yet, with Whiley and her contingent of playlist-adoring accomplices continuing to champion such purposeless pinups across the airwaves, it seems depressingly like the record buying masses will have little say in the matter.