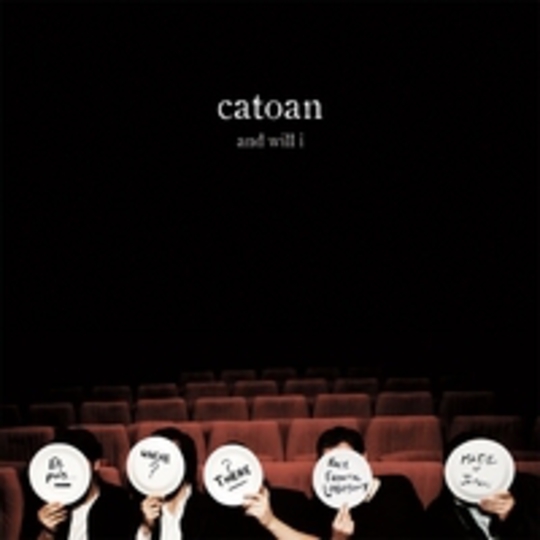 If you listen closely, you'll hear the words straining like tea leaves through a strainer from behind Paddy McKeown's teeth. It’s exciting. His band, standing behind and swaying lightly, no doubt, are not quite as dynamic as his excellent instrument, but there's just about enough scintillation to derive from And Will I to make you play it more than six times. No more than ten times in two weeks, though.

The trouble is that when your band has such a strong focal point as McKeown in Catoan (they may protest like the older brother in that harmonica/guitarist duo that didn't win 'America's Got Talent'), your backing must be the match. As we've already said, the Catoan supporting cast do a good enough job. But it could have been perfect.

Take the opening track, 'Femme Fatale'. The vocals, initially nagging and eventually irresistibly passionate and dramatic, are the absolute star. No amount of functional folk psychedelia can really change that, but one feels that there must have been more ways to skin this cat. Trippy glissando violins evoking despair? Check. Wrangled electric guitar? Check, thanks. General swirling? Check Catoan in the spooky face. Anything else apart from that glorious voice? Not really check actually. This forms the identikit paradigm for the remainder of this still-promising mini-album, more's the pity.

That is, with the glorious exception of the first half of 'Stranger', which burbles beautifully like a vixen approaching the shade, until it becomes obsessed with getting all freaked out like the artwork on one of those grotesque and ornate novelty ‘80s post-psychedelia hair (heir?) metal guitars. You know the ones. As McKeown coos that everything is just "so damn hard", you wonder what he's talking about. As it transpires, it's about a girl, but for a minute I swore he was describing the process of composing the first track. But yes, yes, the promise. It's there in many corners, but never quite enough, basically. Whenever you hear a melodic turn of interest, something a little quirkier than Embrace, it's instantly marred by about five minutes of uninspired wigging out that would make the McNamara brothers go all gooey. And that’s bad. They should stay dry.

It's no shock to learn that Catoan used to be known as McKeown and band and, like in this review, it's something that's obviously never been shaken off. What they strive for is rather nice, but they just won't get there unless they pull the arrangements out of the bag. Might I suggest a referential glance at the first (and only) Ella Guru album? There, the scally vocals were beautiful, but they were matched and challenged by the sea shanty-cum-clicking jazz auxiliary parts. So come on Catoan, people have done what you do before and they've done it much better. Treading water is not enough any more. Your roster of regional radio sessions and support slots is entirely reflective of the effort you've put in. These are statistics that could change for the bigger, and the better. You have more gifts than most, it's about time you did something with them, yes?

If not, Athlete will probably need a support act sometime soon what with some new cack to promote.

Out Of The Woods And Trees