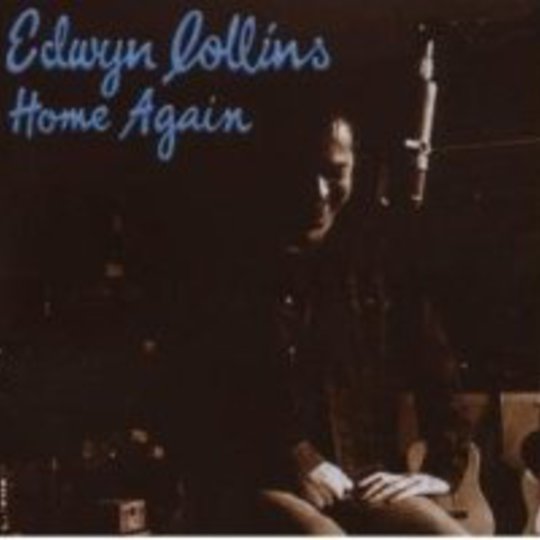 Facts are a nuisance when reviewing records like this. In light of Edwyn Collins’ recent double stroke which left him struggling to speak and walk again, the fertile crossroads-imagery of sixth solo album Home Again provides an irresistible nudge on creaky gates holding back a torrent of unforgivable clichés. Except the recording of songs for the former Orange Juice frontman’s latest opus were completed by February 2005, weeks before his illness forced the mixing process back two years.

Matters aren’t helped much by Collins’ recourse to troubadour vernacular over much of the record, and in particular the allusions to rock’s pre-eminent mystic, Bob Dylan – the screwball country-blues shuffle of 'Superstar Talkin’ Blues' is an overt nod in that direction, while 'Liberteenage Rag' is perhaps a less-conscious echo of 'Buckets Of Rain'.

When he sings lyrics like "I stood on the edge of my world / at a place where the sky meets the sea" ('Leviathan'), it’s easy to confuse our sense of dramatic irony with Collins’ prescience as a songwriter, and one has to wonder whether his miraculous recovery doesn’t imbue songs like the pretty, sentimental 'Home Again' with more gravitas than they necessarily deserve.

But really, Home Again’s success is more simple than that. Blessed with a lucid production job and backed by a sympathetic band, Collins does much to remind us of his clout as a pop writer almost without peer: check out his suavely affecting croon on the heady swirl of 'One Is A Lonely Number', the slick southern soul of 'You’ll Never Know' or the jaunty Beatle-isms of 'One Track Mind'.

Not that Home Again is void of depth, but it’s the wounded sense of optimism that lingers in the consciousness, and from one whose trick was putting the smile back on the face of a dour post-punk musical landscape, that’s heartening news indeed.