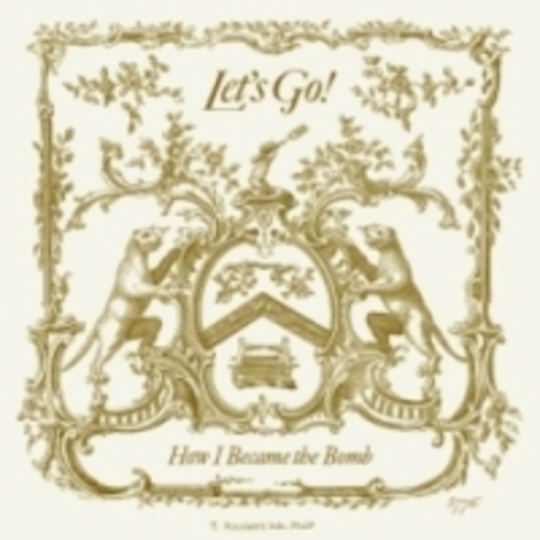 How fond (or otherwise) you’ll be of Tennessee’s How I Became The Bomb will depend on your tolerance for the ironic, art-inclined college rock of They Might Be Giants and their ilk. Like a musical Revenge Of The Nerds, they’re spearheading an anti-establishment revolt against their hometown’s rich country heritage, brandishing Casios and wry non-sequiturs against the governing pedal steel hordes.

For the duration of their first two tracks, however, you may just find yourself rooting (and invariably tootin’) for some good ole boys to come stomp a mudhole in their asses. The overtly schmindie marriage of _oh so now _synths, fey pop-rock and yelping smart Alec routines on ‘Minute Romance’ _and ‘Killing Machine’ make How I Became The Bomb something of an acquired taste. Lead vocalist Jon Burr is their main problem / asset, with a shrieking, register-hopping holler that’s part-Mark Mothersbaugh, part-David Byrne but never quite the sum of its formidable parts. But there is promise here and a so-so ratio of good versus bad within the confines of their debut mini-album that merits repeated plays.

The nudge/wink brilliance of _‘Fat Girls Talking ‘Bout Cardio’ sounds like The Cars (if Ric Ocasek’s balls hadn’t dropped and he never married that hot model) covering some long lost Buddy Holly classic that’s let down a tad by the tinny, wafer-thin production. _‘Secret Identity’, too, hints at something grander but wants for a more expansive sonic palette. They soon redeem themselves with the undeniable, woozy groove of _‘Robo’ but the less said about the faux militaristic stomp of closer 'Kneel Before Zod' _(ace title aside) the better.

A frustratingly mixed bag, then. But on the evidence of those kernels of class these geeks might yet inherit the Earth.