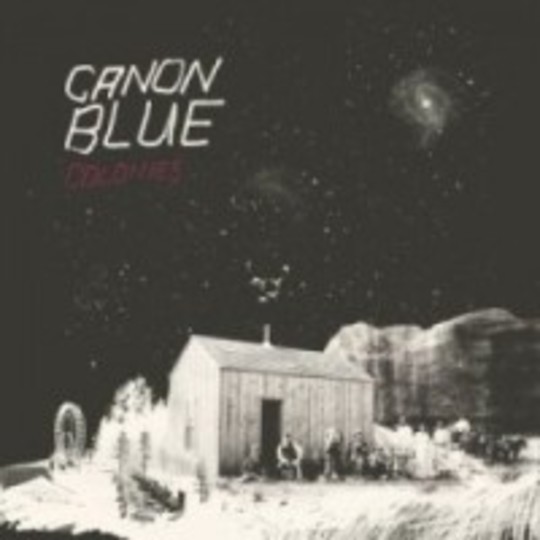 Released through Efterklang’s Rumraket label after being touted by creator Daniel James from the dank confines of his boudoir in Nashville, Tennessee, and benefiting from a mix by Grizzly Bear’s own Chris Taylor, on paper at least Colonies makes for an attention-grabbing prospect.

But a few short minutes into the record’s modest sprawl, you’ll find yourself forgetting all about your expectations, and probably the time of day, and possibly the whereabouts of your large German shepherd dog, which is definitely resting its chin on your vacant lap.

Part sweeping electronic collage, and part humdrum singer-songwriterly trawl, it fulfils neither criteria particularly convincingly, failing to impress with the depth of songwriting or the dexterity of its beats. Imagine Four Tet without Kieran Hebden’s ear for exotic textures – there’s nothing on here that you wouldn’t expect to hear, somehow – or maybe Kid A with all the dread sucked out and replaced with a blandly futuristic sheen.

At best, Colonies sounds like raindrops streaming down misted-up car windows, familiar objects sliding past as indistinct blobs, _which is always nice, and the whole thing pulses pleasantly with the gentle thrum of industry, like the rise and fall of cityscapes filmed using time lapse photography. The latter is a cliché, no doubt, but for once this may be less to do with the paucity of this scribe’s imagination and more about the uninspired nature of what’s on offer here.

In fairness, moments do emerge from the ambient drizzle - 'Mother Tongue' succeeds in pairing the record’s timid, haunted qualities with a beguiling melody and edgy beat, while 'Battle Hymn''s stacked rhythms and piano recall Menomena’s swashbuckling cut ‘n’ paste approach. But while genre enthusiasts will doubtless find something to enjoy here, for all the meticulous craft evident on Colonies (it was allegedly five years in the making), it’s a lack of daring that keeps the record in its tepid slumber and banishes it to the realms of the forgettable.