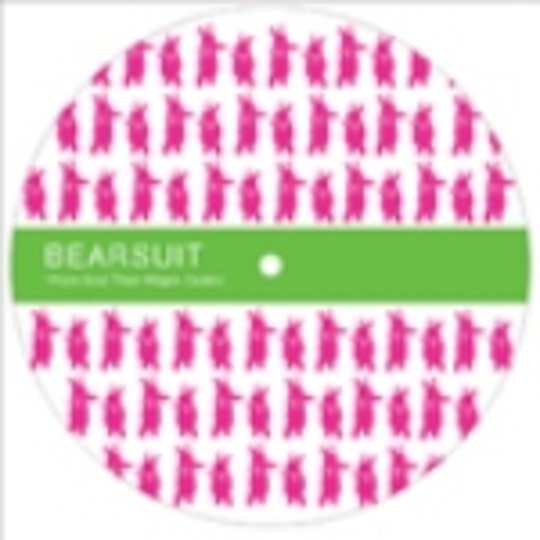 How 'bout we all put on pink frilly outfits, get some skipping ropes and head down to the local playground for a ripping game of spud? Follow that with a few whiffs of cola before heading back to the rehearsal space to bang out a musical tribute to ADHD. Not only does this scenario sound like an entertaining excursion, it also mimics the fervent tweeness evident on Bearsuit’s new EP, More Soul Than Wigan Casino.

In very Architecture in Helsinki style, this big boy/girl band jumps around a lot, screams in unison, utilises a whole jungle gym of instrumentation, prancing around like everything is super whilst singing about something absolutely irrelevant. There is an evident party atmosphere lofting over the track, but singing like you enjoy spurting milk out of your nose loses substance after thirty seconds. I sense a definitive huggable embrace from those so wooed by pop that it does not matter how manufactured all this glee sounds. All things considered, this is funny shit; whether or not it's actually a worthwhile listen, though, is up for discussion.

I vote for the latter.