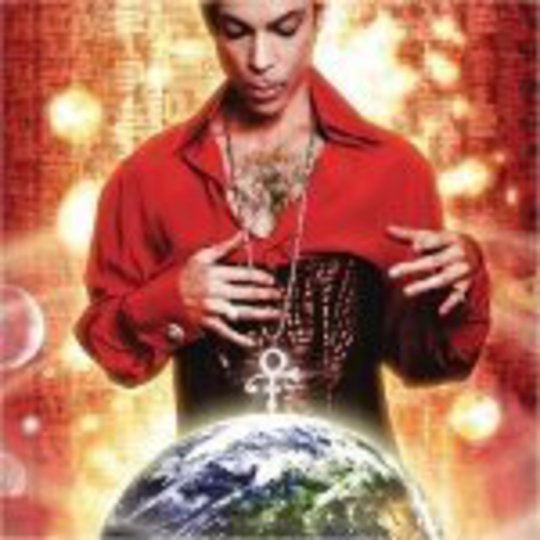 Okay, hands up – who bought it? For reasons unclear, Prince has chosen to release Planet Earth through The Mail On Sunday. For a one-time gender bender whose explicit lyrics flicked Vs at the petit-bourgeois conservatism of an era, this is a sequence of events which aforementioned rag would no doubt describe as ‘vile’. It still feels wrong even typing it. And for those of you that did choose to grease the palms of those loveable fear mongers for your funky fix, here’s the worst part: it wasn’t really worth it.

Yup, as Faustian pacts go, Planet Earth’ll leave you feeling decidedly short-changed. The title track is a blustery epic that retains something of the creepy insularity that permeated Around The World In A Day, and suffers the twin misfortune of resembling both Michael Jackson and, via a creamy jazz interlude somewhere in the middle, Barry Manilow. And 'Guitar' is a slick FM groove sorely lacking in edge – it used to be that Prince could sing about incest or fellatio and make either seem like an agreeable way to spend an evening, but the newly-religious Prince has to content himself with penning neutered-sounding six-string serenades.

After this, er, hi-octane opening, things take a turn for the schmoove. One or two obvious exceptions notwithstanding, ballads have never exactly been Prince’s forte, sharing as he does modern-day R ‘n’ B’s predilection for schmaltzy production values and trilling vocal histrionics, and unfortunately Planet Earth is brimming with them. 'Somewhere Here On Earth' is a personality-free ballad that could have been written by computers, and 'Mr Goodnight' boasts an attractive chorus which sounds very TLC, but sadly revisits its author’s ill-advised dalliances with rap. Prince’s hackneyed loverman flow frequently comes up short in the syllable stakes, and ends up revealing how a night spent on the receiving end of His Purpleness’ attentions is improbably dull: “We can watch _Chocolat on the big screen / before we convene in the pool”_. Let’s just see what’s on telly, eh Prince?

When he does eventually tire of serving up this pasty slop, he drops in a couple of reminders of former glories, 'All The Midnights In The World' and 'Chelsea Rodgers' demonstrating the melodic yin to the rhythmic yang of Prince’s undisputed genius. The former has a surprisingly thoughtful lyric and pretty, almost folksy melody, and faintly resembles 'Starfish & Coffee' from his ‘80s masterpiece Sign O’ The Times, while the latter is a tightly-marshalled funk jam that wouldn’t disgrace the aforementioned record.

Sadly, this isn’t enough to distract from the muzaky, phoned-in feel elsewhere on the album, and ultimately you’re left to dwell unhappily on the image of Mail readers nationwide slipping the disc into their Mondeo car stereos and thinking to themselves: “Y’ know, maybe this guy isn’t such a pervert after all. I’ll check out his other stuff.”

They’re in for a shock.