Until The Traffic Stops 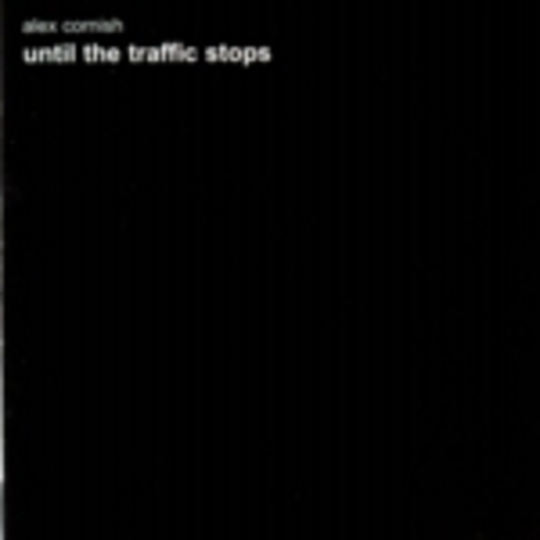 Exceptional songwriters tend to have recognisable traits. Fionn Regan, for example, is as bonkers as the day is long, whilst the voices of Elliott Smith and Jeff Buckley encapsulated sorrow, depression and beauty with a single syllable.

Meanwhile, songwriters who write only in the first person and sing from the back of their throats rather than from the pit of their collective stomach would these days only be ten a penny if 90 per cent of all musicians died for some reason – they’re everywhere, is my point, and it’s all too easy for any well-meaning solo artist to get sucked into the Blunt-fronted vacuum, making them an easy target for music hacks (hi, by the way), snide scenesters and _Q_’s endless lists, apparently voted for by a giant robot with 'MOR Public Opinion' stamped on its face.

And here we find Alex Cornish, teetering on the edge of James Morrison’s black hole clutching his debut album and found guilty of possessing a pronunciation style that can be a bit like that guy from The Feeling but, at the same time, enough songwriting talent to carry him through. Formerly managed by EMI bigwigs, Cornish saw the songwriting apocalypse coming and pegged it back to Edinburgh to set up shop in his box room and launch a fresh, DIY assault.

It looks like a wise move – there are a couple of moments when Until The Traffic Stops shakes off its otherwise slow-to-mid-tempo soft indie, acoustic guitars ‘n’ sweeping strings approach and impresses. The title-track opener, for example, takes a whole 100 seconds to patiently build its way up from a single brass instrument to an all-engulfing string display over what seems like one sinister, long bass note, before nearly everything drops out to leave just Cornish’s simple guitar and vocals in some staggering, but highly successful, anti-climax.

Before long, Cornish adopts the role of a somewhat livelier Damien Rice and, being a multi-instrumentalist, each song is loaded to the hilt with anything from Hammonds and Rhodes to trumpets and trombones, and each one as brooding and gradually mounting as the last. He won’t be rushed either – even the short songs still clock in at over four minutes apiece, but they don’t seem overly long, aside from album closer ‘Untied’, which stretches its carcass out to over eight minutes long like Newton Faulkner on a torture rack.

Put bluntly, this is what some may brand soul-less guitar music - it’s inoffensive enough to make some people sick, and by Cornish’s own admission in the opener he’s “not breaking new ground” - but there’s enough here in its windswept hooks and ambitious (but not exaggerated) arrangements to keep Until The Traffic Stops from being triumphed solely by people who think Scouting For Girls are groundbreaking. Yeah, it’s not breath-suspendingly awesome, but look down into the abyss – it could have been so much worse.