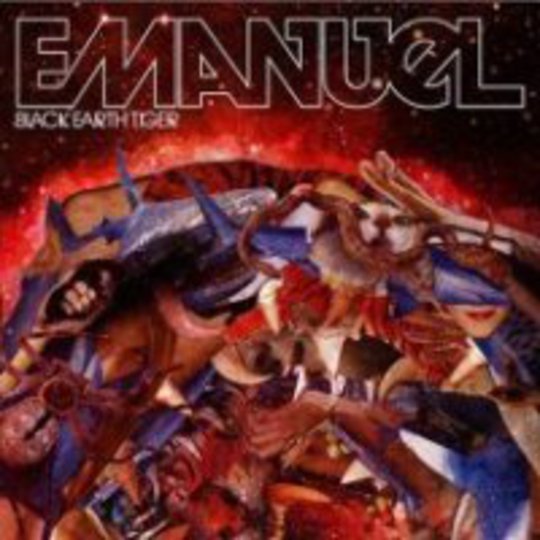 There is a theory that, with the increased popularity of indie and metal bands in the charts both here and stateside, a seismic shift is happening in boardrooms from London to Los Angeles; pop music is getting heavier and heavy music is getting poppier. Emanuel are a prime example of this theory: their brand of boy-band metal is both pleasing to those who crave a big riff and those who long for a hook. Trudging along for nearly ten years under the moniker ‘Emanuel Nice’ the band achieved limited success; eventually, though, they got their break and in 2004 signed to Vagrant Records, home of Dashboard Confessional, Alexisonfire and The Hold Steady.

No longer the “pop shit” they once were,_ Black Earth Tiger_ turns out a sugar-coated, simple metal racket that takes no real risks yet has massive mainstream potential. Opening track_ ‘Whiteleaf’_ is a woozy and hypnotic dose of Deftones-esque melancholy which arrives with little surprise considering Emanuel’s choice of producer: Terry Date. Emanuel’s vocalist Matt Breen is on record as saying he decided to write tracks for this album after hearing how The Beatles tried to write songs like Elvis. So, by essentially copying the acts he loves, these eleven tracks came to fruition, and this blatant copying is what holds Black Earth Tiger back from being relevant or exciting.

_ ‘Scenotaph’, for example, comes straight from the Fred Durst school of song writing. “It’s Saturday night at the end of the world, and there’s a pharmacy in my pocket” is one choice cut in a song that takes lyrical simplicity and scratches its head in bewilderment. A choral refrain that utters the mantra then pushes things further: “Spread your legs, and fuck the world, this is war, this towns a virus and you’re a whore”. Quite frankly I think these words provide much more of a critique of _Black Earth Tiger than I ever could.

Posing moodily in the shadows for the album inlay artwork you get the feeling Emanuel take themselves_ very seriously, so seriously in fact that it makes their music almost tragic. Track after track is angry, morbid bile. Heavy riff follows heavy riff with each one making the other seem even more redundant. My Chemical Romance have the drama, Fall Out Boy have the MTV glossiness, Panic! have the vaudevillian oddness, and whilst it might be naive or unfair to compare all metal bands to these three big hitters, this album seem so designed and twisted to fit into demographics that it somehow seems right to. A cynical album of metal by committee, _Black Earth Tiger is as desperate and tragic as anything that will come out of America this year that isn’t Britney Spears.