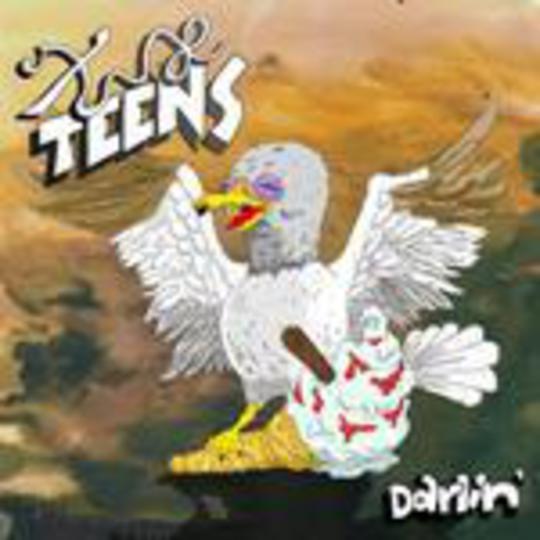 The pubesced half of Mute Irregulars’ newly-minted roster, XX Teens’ brass-bolstered punk walks a deliberately fine line between ramshackle brilliance and wilful idiocy. 'Darlin' is a flagrant crossing of that line.

Yep, with its syncopated trumpet appropriation of the ‘Little Green Bag’ tune from Reservoir Dogs, its truly abominable artwork, and a video which resembles nothing so much as an unfunny, unhinged Mighty Boosh, 'Darlin'' is fucking irritating alright. It bounds around breathlessly on a scuzzed-up bassline and witless clatter of drums that sounds like that Lucozade ad parody of Prodigy’s 'Firestarter'.

It does, however, have two almost-redeeming features, namely, a brilliant, inexplicable cameo from a steeldrum, and ‘Dirt Dog’ Cash’s vocals, which sound like the hyperactive link between Tom Verlaine, Mark E Smith and Eddie Argos. Perhaps most troublingly of all, 'Darlin'' reeks of a concerted effort to get up people’s noses. Which is cool and that, but when you’ve got tunes as great as 'My Favourite Hat' and 'Onkarawa' up your sleeve, still adds up to a disappointing release.

Video (full length):
Log-in to rate this record out of 10
Share on
Love DiS? Become a Patron of the site here »