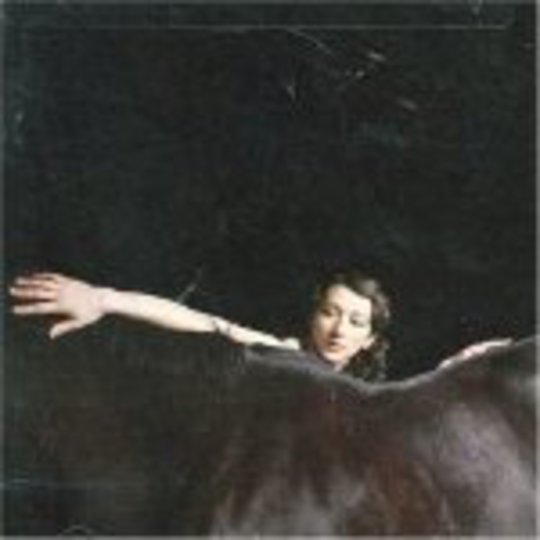 Even on a scene hardly lacking in performers steeped in the language of theatrics – Antony Johnston, Cocorosie, Rufus Wainwright et al - New York’s Shara Worden boasts an impressive resumé. The frontwoman and founding member of My Brightest Diamond is the granddaughter of an Epiphone-playing traveling evangelist, a classically-trained vocalist who cites Debussy and Kate Bush as influences, and an exuberant performer given to wearing superhero capes onstage. Previously recording music as Awry, Worden changed the band name after a year-long sabbatical as head cheerleader on Sufjan Stevens’ Illinoise tour.

Thankfully, Worden also seems to have an innate understanding that a little theatre goes a long way, and Bring Me The Workhorse generally resists temptation to gild the lily in ways which have undone those other eccentric torchbearers in the past (Wainwright’s Wagnerian kitsch; Cocorosie’s childlike excess).

Instead, she lets her considerable talents as a singer and arranger shine through in more subtle ways, augmenting rather than drowning her songs which are of consistently good quality. In particular, the record turns on her dazzling vocal embellishments which bring to mind Beth Gibbons or, as on dramatic opener 'Something Of An End', the jazzy, supple tones of Joni Mitchell. If the spindly, spiked guitars of PJ Harvey are an obvious reference point, they’re used more as textures to offset her crystalline melodies and shimmering strings, like inky black paint swirling in a glass of water.

It’s unsurprising to learn Worden studied composition with Clogs’ Padma Newsome (whose sombre strings lend The National much of their gravitas), and it’s the more noteworthy arrangements which are generally the standouts - the radiant orchestral swells that buoy 'Golden Star', the melancholy sighs and swoons that prop up 'Dragonfly'’s flights of fancy, the latter bringing to mind Robert Kirby’s magnificent work on the Nick Drake albums.

As a lyricist, Worden wastes no time in getting to the spooked heart of her subject matter, and Workhorse is an album littered with portentous phone calls, flies caught in webs and workhorses ready for the glue factory. 'The Robin’s Jar' is particularly effective in its exploration of loss through revisited childhood trauma; a dead bird which the youthful narrator puts in a jar in the hope it will somehow revive is likened to the death of a loved one, her mother’s exhortations to ‘bury her in the backyard’ flashing painfully across her memory as she wills her friend back from the dead.

If the songwriting isn’t quite capable of matching the exquisite textures My Brightest Diamond deploy over the course of the record, then it’s a forgivable flaw; Bring Me The Workhorse is as delicate an intermingling of the 'beautiful and terrible' aspects of life as you can expect to hear all year.