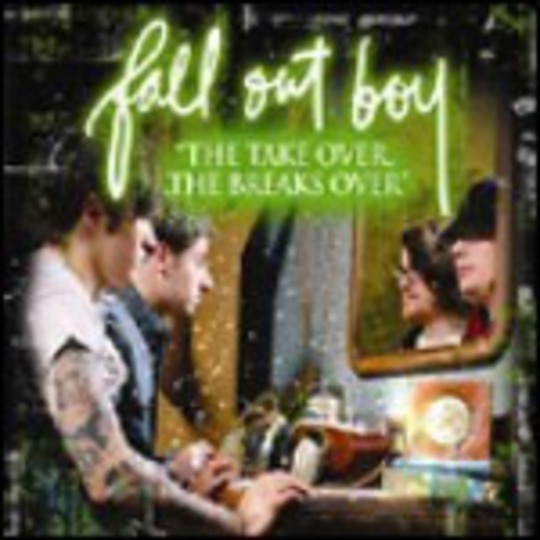 So, it’s let’s dump on Fall Out Boy** time is it? Those trilby-hatted tykes in the popular music press have decided that, actually, Pete Wentz and the boys aren’t the saviours of music so much as a bunch of preening, arrogant, corporate sell-outs, slowly warping the minds of the kids into thinking that their dullard, pop-pap bluster is like, totally real.

And all of the above is entirely true. Fall Out Boy have very little going for them in the world of art and culture. They’re about as nourishing as a single Chicken McNugget. And all the above proves is that you were wankers for bigging them up in the first place.

The only thing they have going for them is ‘The Take Over, The Breaks Over’, which, poor grammar aside, is absolutely brilliant. It’s a giant, salacious, FM-straddling, K-ROQ-humping amp-ed up power ballad.

Not that you’d fully realise that until 1:36 into the track, where, thinking that the song had already expulsed its by-numbers generic emo chorus, drops a second chorus that’s worthy of placement on a Rocky soundtrack. Which, as well as meaning that chorus one is now an awesome pre-chorus, renders this track a pop gem.