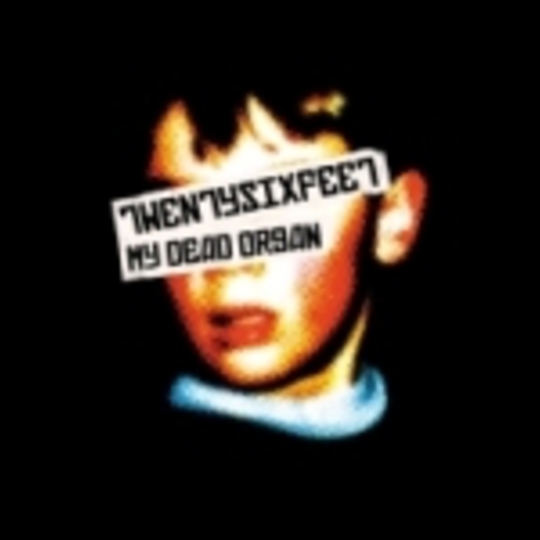 I used to have an idealistic, ultimately naive, belief that the best music was written straight from the heart, chords strummed and odes composed spontaneously, meditating on some (lost?) love or tragedy.

twentysixfeet disprove this belief immediately. If this music is straight from the heart then it is an atrophied, jet-black heart pumping pure adrenaline through an alien body, its beat riddled with arrhythmia. 'My Dead Organ' is a triumph of forward-thinking music; an alarmingly complex slab of detuned riffs, spazzed-out electronics and manic drum rolls, always teetering on the edge of sanity and cohesion.

Comparisons can be drawn to fellow Brits Oceansize circa their Effloresce debut, but where t' Size reached their focal point on sprawling epics, twentysixfeet are at their most potent when cramming every idea into as small a time (just under four minutes on the title track) as possible.

Yet their sound never comes across as laboured or clogged, such is the confident, ecstatic realisation of their ideas. twentysixfeet's glorious mix of snarling metal and searing post-rock is both thrillingly unhinged yet, at the same time, constantly focused.

We Are The Physics, Chow Chow at Camden Barfly, Camden Town, Thu 21 Jun