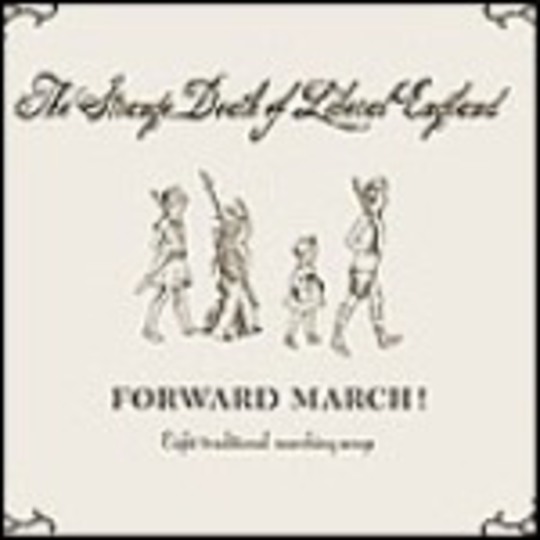 Albion might have long since been revealed as the sentimental ravings of a burned-out junkie, but England’s dreaming doesn’t end with gin in teacups and violence at bus stops. Much like eccentric forebears British Sea Power, The Strange Death Of Liberal England aim at a peculiarly English sensibility that bypasses all the usual attendant clichés; a kind of ‘Old, Weird England’, if you will. That sounds odd, because their most readily apparent influences are American as apple pie and high school massacres – a hefty dose of Win Butler's epic posturing, a hint of Pixies’ biblical surrealism, even a dash of Arturo Bandini’s youthful vigour for the more literarily-inclined among us. But they also infuse Arcade Fire's puritanical streak with a subtle twist of English pastoralism, as well as sharing a moniker pilfered from British non-fiction texts with those aforementioned Kendal émigrés. It's not quantifiable in kebab wrappers or trite mockneyisms, but it's English all the same.

‘Modern Folk Song’ starts out straightforwardly enough as a shimmering bit of folky balladeering, but Adam Woolway’s skewy vocals first alert you to the fact there’s alluringly amiss here, and then a maelstrom of guitars kick in with a momentum sweeping enough to make any copycat objections catch in the throat. Those vocals are maybe the band’s prime asset, by the way: equal parts Isaac Brock pirate jabber and feral BSP shriek, Woolway lends individuality to even TSDOLE’s most generic moments.

‘Oh Solitude’ mixes the Arcade Fire-isms with a smattering of The Cure’s minor-key psychedelia, and ‘A Day Another Day’’s clangourous howl at empty skies ramps up the excitement levels to intoxicating peaks. They never quite succeed in topping it, although ‘God Damn Broke And Broken Hearted’ rages morbidly on a bellyful of rancid fish and stale grog, while ‘An Old Fashioned War’ is part lurching Russian folk dirge, part Kinks-ish strum.

The band does stray into eardrum-flaying post-rock territory on occasion, and to mixed effect – ‘I Saw Evil’’s crescendo feels earned, a bellowed refrain of “dogs and horses” sounding like the horrific climax to a particularly cryptic nightmare, like a flaming hell-bound chariot dragging something awful behind it. But shorn of Woolway’s eccentric vocals or anything approaching a tune, ‘Summer Gave Us Sweets But Autumn Wrought Division’ is an anonymous instrumental that definitely isn’t the lingering impression you’d want to take with you of this promising quintet. Providing they don’t go and iron all the wrinkles out, TSDOLE have enough character to suggest they can build on this ambitious and occasionally half-digested mix of epic influences.