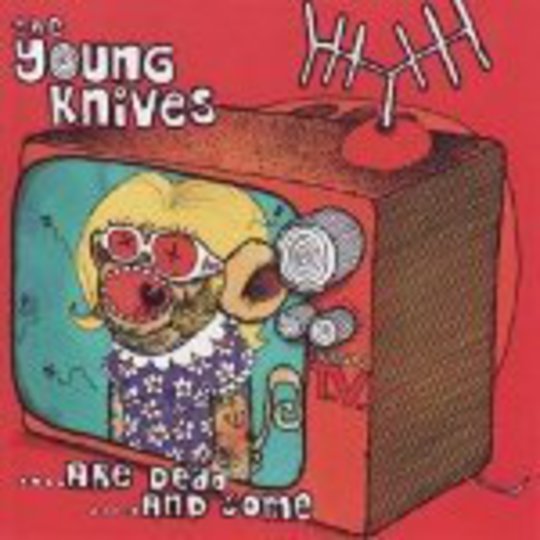 You’d have to be a pretty obsessive fan of Voices Of Animals And Men to want to wade into The Young Knives’ back catalogue. Even that debut full-length had a roughness about the recording quality that detracted substantially from the incredible song writing.

This re-release of the band’s debut mini-album, …Are Dead, with ‘Rollerskater’ tacked on, is even rougher, of course, to the extent that opener ‘Walking On The Autobahn’ sounds like it was recorded on a shitty four-track in someone’s bedroom. Often this translates into a persuasive charm, and …Are Dead …And Some can boast that achievement - around its serrated edges a sense of menace lurks; a menace that proper production would have smudged until unrecognisable. And the eccentricity in these older songs is more potent than in their more recent material; the feeling that it could all bubble over and turn violent at any minute keeps you locked in and on the look-out.

Henry squawks more, and the music careers off into darker punk recesses - the chorus of ‘The Night Of The Trees’ is like a voyage into a pitch black forest, haunted by ghouls; ‘Working Hands’ has an almost unlistenable vocal, gurning and growling over stabbing guitars that power towards white noise. Elsewhere, other influences stick out - influences that have since been blended more inconspicuously into the mix. The guitar licks on ‘John’ are pure Pavement; those on ‘Grand Opening’ hint at Cable.