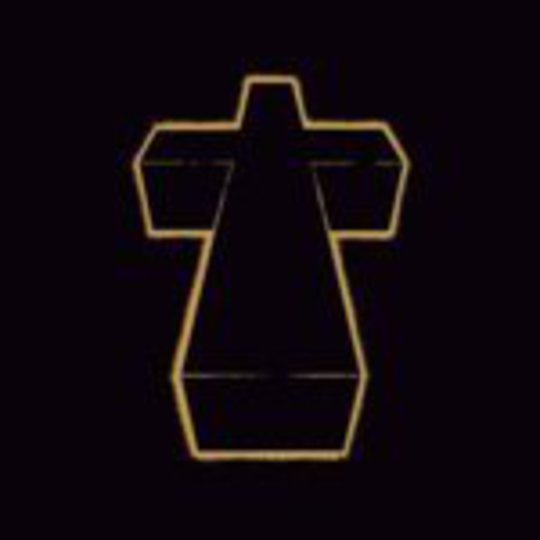 The task of reviewing Gaspard Augé and Xavier de Rosnay's debut record was passed onto me with a quandary: how to pin down in words an album that was made for dancing to?

Justice’s schtick is an evasive one – by turns heavy and light, they recall ‘80s pop-metal as much as they do another, more frequent comparison(s? No, just Dxft Pxnk). For me, the most ready parallels run alongside the Renegade Hardware nights that blitz the End at irregular intervals; rolling drum ‘n’ bass that is dark, tech and narkily pomp-ed.

If their debut record was to teeter either way, I reckon it’d fall towards that latter; ‘it’ being less a collection of songs and more an interlocked, production line mix of lashing synths and hair-raising, razor’s-edge, gravel-grazing skruzz. Listening to † (or Cross) feels like wandering around a deserted factory in the witching hours, haunted machines left on autopilot, diodes eyeball-rolling and contingent parts clunking. The feeling of forward momentum is ever-present, the expectation is that something is being produced, such is the record’s solidity of form and purpose. A sense of direction, then, that suggests all will be revealed when the album arrives on the conveyor at the end of its run.

For all this determined noise though, † is never less than fun – the Parisian duo stay playful enough to make the climax of every track seem like a clash with the end-of-level boss from a platform video game. Justice know when to curtail the industrial strike and dazzle you with some star-skipping pop-chime, or a warble of gloopy future funk, before tossing you back into the unlit mire. The best example of this is the record’s centre-piece 'The Party', a (slightly) slowed-down break of house dripping with a typically ammonia-tongued cameo from label-mate Uffie.

The track manages, by way of major chords and a certain quotient of feel-good cheese, to transport the lairy nymph to some time a generation or so from now, when our children are celebrating their parents' youth at cod-‘new-rave’ disco nights in a warehouse somewhere on a West London industrial estate. She’ll sound brilliantly tame compared to whoever’s ripping it in 2032, like Randy Crawford on 'Street Life' or Salt’N’Pepa do now. † is not without its feminine moments. Packing this kind of starry-eyed discoball kitsch, 'The Party' has synths that come on like the Christiane F. soundtrack with laughing gas instead of smack, until those synths smack back in on ‘DVNO’. The party builds...

And builds, into a call-and-response tussle of dialectics between tune and beat. Soon the truth of a wicked rave (yes) is pulled from an urban myth rooted in word-of-mouth and fly posters mottled onto electricity boxes. The overriding impression you get from † is that it's a record its creators enjoyed making – how could throwing all this noise and tapered, dumpy drum out from your imagination onto a blank, rolling tape not be fun?

Ultimately, it’s this ad hoc approach that makes it hard to describe an album like † without throwing words at it – words of things it reminds you of, words like zinc and caustic, words with z and x. The Star Light Zone on Sonic the Hedgehog; the Metropolis Zone on Sonic 2; Event Horizon; Professor Burp’s Bubbleworks; Renegade Hardware's Skool of Hard Knocks comp; tazers, lazers, chixx with mixers; space junk; space funk; My Little Pony and the Ghost Train. So what am I doing here? I'm presenting you with the finished article at the end of Justice's production line. What will come rising up and out from the black? Who knows. That's what makes it fun. And whatever it is, it's gonna sting.