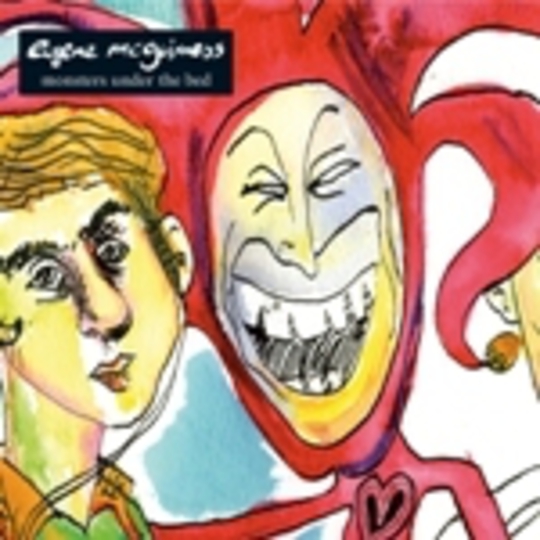 This is a pleasantly odd one: underpinned by driving acoustic guitar, Eugene McGuinness’ debut single 'Monsters Under The Bed' skitters all over the place. Spiky, bouncing vocals give way to sweet indie-pop before turning into some sort of terrifying circus music; it's Tod Browning's Freaks surfin' USA.

Instrumentation runs from electronic blips to swirling organs, whilst the introduction is all Mir Space Station-era old-fashioned electronics. It's the sort of song that revels in not really knowing what it is. Whilst obviously indebted to the glut of bedroom singer-songwriters (the vocals are reminiscent of Jeremy Warmsley, for example), the song forges its own way through an almost self-conscious eclecticism. Lyrically, it's a little vague and perhaps lacks the sharpness of many of McGuinness' contemporaries, with vague story telling about childhood fears the core theme, but the joyous oddness of the music more than makes up for this.

Eugene McGuinness is a massively promising musician. We look forward to hearing more of his weirdo indie-pop very soon.