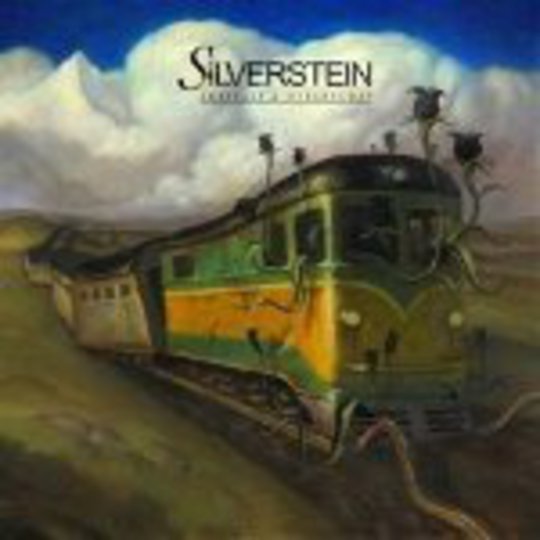 I'm taking out my dagger,

I'm holding it up to your throat,

It will tear your soul apart again...

Silverstein’s third album, Arrivals and Departures, is a phenomenal return to form. Combining soaring choruses with screamo interludes, the group take post-hardcore and emo to new levels of drivel. So it is little surprise that the album has been greeted by such massive acclaim from the band’s target audience in Canada and the USA, or that 'My Heroine' has been played 2378529 times on the group’s MySpace.

The record is adeptly propelled forward by retch-inducing vocals and cack-handed drumming, rushing past in a blistering furore of sub-Billy Talent brilliance. Production from Mark Trombino (of Finch and Blink-182 fame) is wholly appropriate, as the band subtly balances a sing-scream-sing-scream-sing-scream format that never once becomes tiresome. Unspeakably clichéd imagery plagues every track, and while certain songs are irritatingly catchy, it’s tricky to try and dissect the ‘album’ into individual ‘songs’.

Although some may find it befuddling how fellow members of the human race are able to tolerate this, let alone enjoy it, others will hear this Classic-In-Waiting and just want to go fucking mental. This is not only an essential release for all avid readers of this website, but also for anyone who has ever felt alone in this world and just wanted to rise up and kick the shit out of The Man.

One gushing fan articulated on MySpace what we are all thinking:

‘SILVERSTEIN ROCK! there is NOT one word than can explain HOW FUCKING EXCITED i am to hear your new albumn! THIS WIL BE ONE OF THE BEST DAYS OF MY LIFE!!’.