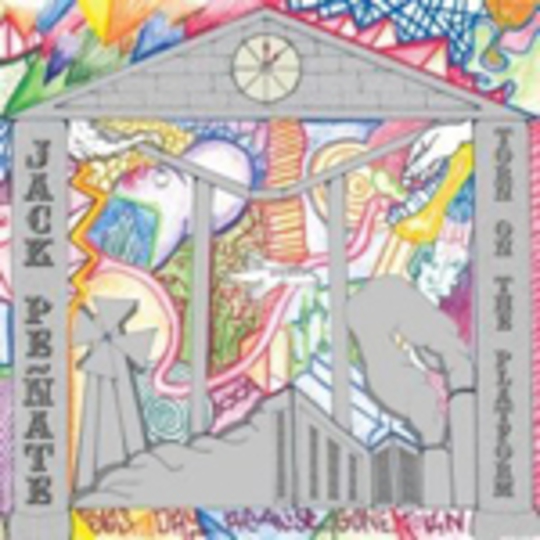 The latest effort from peachy-piece Londoner Jack Peñate is this single ‘Torn on the Platform’, a peppy pint of rock boogie-woogie. Peñate has recently been crowned with complimentary press and soppy statements such as “the word cool doesn’t even to begin to articulate his wonder”, which frightens me a bit because the statement implies that he’s some sort of inaccessible, larger-than-life artistic figure of transcendence which, judging by this single, couldn’t be further from the truth. On second thought, the statement is bang on: “cool” has absolutely nothing to do with this drearily disposable pop.

As a fading snippet of a train announcer mumbles some, I don’t know, train announcements, Peñate moans some overtly sentimental sap-deal about missing someone and loving someone among some sparse but predictably placed ballad chords. It plays out like a pop-rock version of teen candy, oh-baby-baby R&B… but wait! Jack insists it’s not just another love song about unrequited pleasures of the flesh as he reveals, “You’re not my girl, you’re my town.”

Without warning, the tune schizophrenically breaks up into high school hall-sounding swing, the type of progression that’s too close to the music of those history-according-to-pop-culture cinema soundtracks, all faux-‘50s mmm-bop-bop and that (i.e. Grease, Back to the Future). It all quickly calms down to ska-bite guitar snips and proceeds to alternate between the two techniques before carelessly revelling into bibble-babble, making you wish that he’d just give up and scat the rest of the words because it would demonstrate the same shallow, wishy-washy effect. If the infamous Mr Peñate _is_ some larger-than-life, artistic figure of transcendence, this single is one sloppy way of showing it.