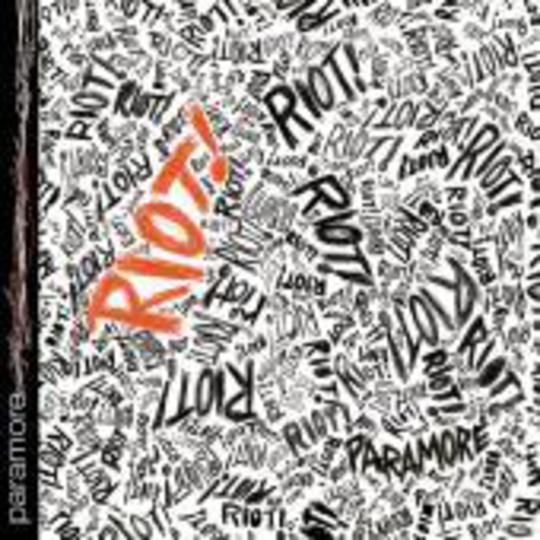 When the opening track of an album such as Paramore’s Riot!_ is entitled ‘For A Pessimist I’m Pretty Optimistic’, you just have to bite your lip and attempt to avoid the snide retort.

But, I fail. Y’see, I’m quite the pessimist, but even I was surprised by the levels of anodyne, track-by-track, prontaprint-generic, middle-of-the-road dullness here.

There was a lingering hope that, despite the Fuelled By Ramen home and airbrushed brightness of their photoshoots and over-earnest press representation, some sort of truth might be had in their portrayal as a spunky, balls-out, whirlwhind of girl-power emo ferocity.

Of course, it’s all rot. Riot sounds like a crunching, flashlight-white amalgamation of Avril Lavigne and Kelly Clarkson, save for token ballad ‘We Are Broken’ that echoes the enchanting eighties sounds of Belinda Carlisle.

Topic-wise the sole fixation of the record are those mean, horrible, cheating boys. Either singer Hayley Williams has read a lot of trashy teen fiction, or the poor girl has had more bad relationships in her tender years than the average person would deem themselves unfortunate to have in a lifetime. Riot should have the title prologue of (...Or How All Boyz Sux). Musically, it’s equally as one-tracked, as Josh Farro and the now-departed Hunter Lamb (nice name) struggle manfully to get just the right amount of generic chugging and insipid riffery from their hookless guitar lines. Tracks like ‘That’s What You Get’ and ‘When It Rains’ blend seamlessly together until it seems that the album is one long, sugar-infused bleat.

At 38 minutes long, it’s mercifully brief, but still manages to feel like a double album for those who endure it. That’s those who don’t manage to forget that it’s on the stereo at all.

People, get your pop-punk thrills somewhere else. At least somewhere where there are actual thrills to be had.