The End Of Chimes 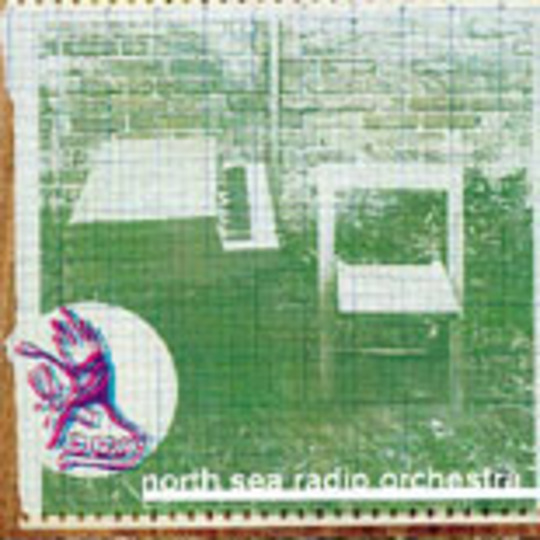 Some discs, thrown randomly at even more random DiS reviewers, can turn out to contain the most amazing surprises. This seven-inch only release, 'The End Of Chimes', is one such record. There are four songs here, each inspired by the work of 19th Century American poet Henry Wadsworth Longfellow, an each is markedly different from the other.

_'Guitar Miniature no.2' has the sound of an airy 16th Century madrigal, with end of phrase flourishes as would have been played on lutes way back in the day.

In this current climate of aggrandised band names, it could be expected that behind the shop-front of North Sea Radio Orchestra sits a gentle and insular couple alone. While it’s true that a married pair, Craig and Sharron Fortnum, started the project, they now have a revolving cast of 20 musicians, as well as singers in their choir. These come into play on 'The End Of Chimes', a release that belongs firmly in a classical repertoire, even if it just skims the surface in a manner akin to the works of ex-Soft Machine composer Carl Jenkins. (To help you place Jenkins' sound, remember the TV advert for a bank that had a boy diving for a pearl?)

Brace yourself for 'Hurdy Gurdy Miniature' which, as is implied, is a brief affair, coming in at just over one-minute long. Played on said traditional instrument, and legitimately so, it's a chronic assault on the ear. 'The Tide Rises, The Tide Falls' is far more dulcet, being reminiscent of folk icons Pentangle although lacking the vocal finesse of their Jacqui McShee.

Whatever its foibles and fancies, The End Of Chimes is a very different musical experience from the usual and has been a highly entertaining discovery.