Songs From A Mean Season 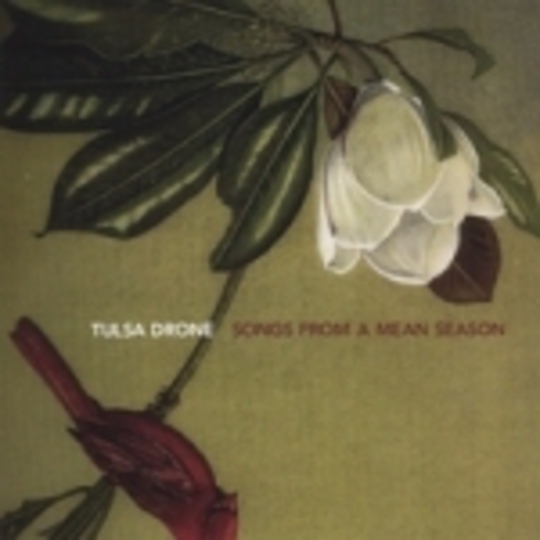 There are certain groups of people that confuse me. People who don’t say please or thank you. People who get their current partner’s name tattooed on their body. People who find Jim Davidson funny.

And here’s another one: people who absolutely love bands that play instrumental rock. Now, while a bit of Explosions In The Sky or Pelican or Darediablo or Mogwai often has me in raptures, there’s nothing more boring than an unbroken stream of it. Am I the only person that feels this way? Sometimes it feels like it.

Tulsa Drone are yet another instrumental band with unquestionable musical talent. The songs on this follow-up to No Wake cover a wide spectrum of moods and sounds, doing everything you’d expect a post-Mogwai instrumental band to do. There are some tasty crescendos of noise that build from humble beginnings; there are moody, mysterious back alleys down which some songs suddenly turn; there are even a couple of tracks with vocals on them.

It’s an individual album by individual musicians, but even if you can’t 100 per cent predict where each song’s going, the overall message is trite and wearying. Tulsa Drone are from Virginia, not Tulsa, but ‘drone’ couldn’t be a more apt addendum - the opening pair of ‘Monongahela’ and ‘Risk Guitar’ plod along, urged on every other beat by a downward strum, and with an air of apathy about them that suggests they’d rather just stop altogether. By the three-minute mark, you’ve heard what each song’s about, and you’ve got the message, but on they drift.

That said, there are some more interesting moments later on in the album that prick up the ears - the single-string ringing intro to ‘The Catch’, the eerie acoustic atmosphere of ‘There Isn’t A Single Star In The Sky’, the dense distortion on ‘Brace’. Ultimately, though, Tulsa Drone are not special enough to warrant special attention; however talented they may be, they fail to translate it into music that sparkles and captures the imagination.

If you’re in that select group of people that can’t get enough of this stuff, you’ll probably adore Tulsa Drone, but it would surely be healthier for your souls to look elsewhere and broaden your horizons.