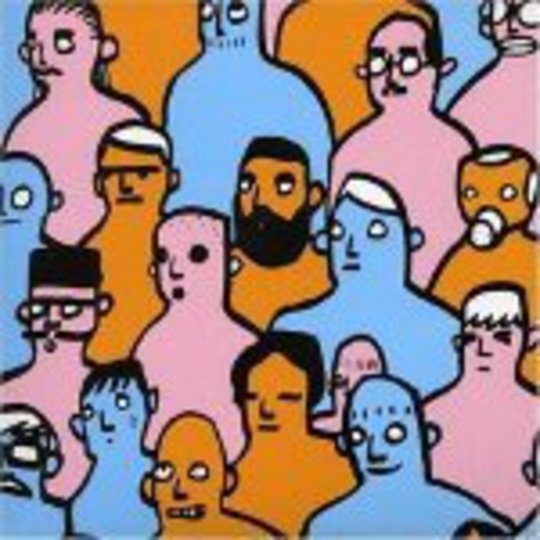 Come on, boys – you’ve fantastic names and live beside the seaside, cheer the fuck up. Granted, you’ve a jauntiness to your swaggery ditties that few indie rockers du jour can match, but couldn’t you at least try to sound happy?

I guess it’s not Orlando’s fault that he was born with the not-so-jolly throat in question, but by cracking a smile come the perfect take at least the listener would get some sort of impression of positivity, a semblance of the summery undertones that would, if highlighted, step The Maccabees up to a higher level and wider profile. “Let’s make time work for us,” pleads our most-monotone-of-vocal protagonists, oblivious to the necessity for him to invest a little of the tick-tock stuff into finding the sunnier side of his disposition. Take a step back, Orlando; wander outside and feel the breeze on your neck. Great, isn’t it, life?

‘Precious Time’ is a sure-fire indie ‘hit’, i.e. it’ll be popular with the insular crowds that have already taken its makers to their hearts, of that there’s no doubt – it’s got a couple of killer riffs, and neat lyrics that stick with even the most inebriated dancefloor goon post-delivery – but it shares an uncomfortable tone with the far-nastier Editors: despite the incessant tempo of the track, its central constituent component, the vocals, aren’t all that much to get excited about. They’re the fly in the ointment, the dirty druggie needle in a soft and inviting haystack.

Lyrically and compositionally strong though The Maccabees are, it’s the dynamic shortcomings inherent in Orlando’s lumpy tones that ensure a question mark remains above their long-term prospects. They’re a could-be rather than a should-be, and their forthcoming debut album really is shaping up to be the decisive make-or-break release for the five-piece.