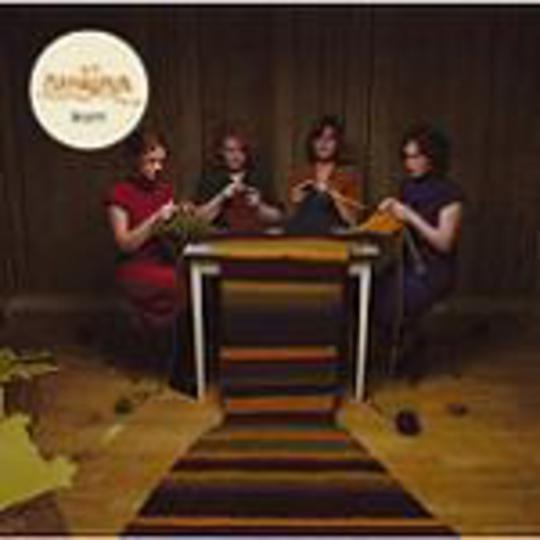 As picture-perfect as that heart-swelling sunset of your dreams appears in your sleep, if you were to stare at it with your peepers proper you’d have to get on the dog to the opticians pronto to fix your sizzled retinas. Sure, in the corner of your eye the oranges and reds and purples and pinks muddle quite wonderfully, silhouetting a spinning loved one a la the end scene of Carlito’s Way. But, only irritation and pain can come from paying it concentrated attention.

amiina’s debut album is a work of subtle beauty, but like that unprecedented end to a day that never happened, explore Kurr too deeply and only frustration will be your reward. The instrumental Icelandic four-piece – whose profile has rocketed courtesy of collaborative work with Sigur Rós – craft exquisitely delicate arrangements that sound not wholly dissimilar to the atmospheric wooziness that soundtracks so many indie films – you know, the voyage-of-discovery affairs where our central protagonist is disaffected at the outset but ultimately comes a kind of good. See: Somersault, and its score as penned and performed by Decoder Ring. Not one of Kurr’s twelve pieces really strikes a central chord – nothing truly tugs at the heartstrings – but there’s no doubt that its makers know their way around a fairytale or two, and clearly intend on bringing their fantasy soundscapes to life in vivid, of not entirely broad, brushstrokes.

But, after two or three listens it becomes semi-depressingly obvious that Kurr’s aesthetically pleasing surface hides no inner layers of emotional resonance or repeat-play warranting wonderment. It is a beautiful album that will wrap itself around its audience warmly and softly, cuddling them up and sending them off to lands only their minds know. But to expect secrets to reveal themselves given careful and considered appraisals and reappraisals is to sucker oneself into a state of disappointment. What did the Manics once write? Oh yes: all surface but no feeling. As neat a summary of Kurr as you’ll ever read.