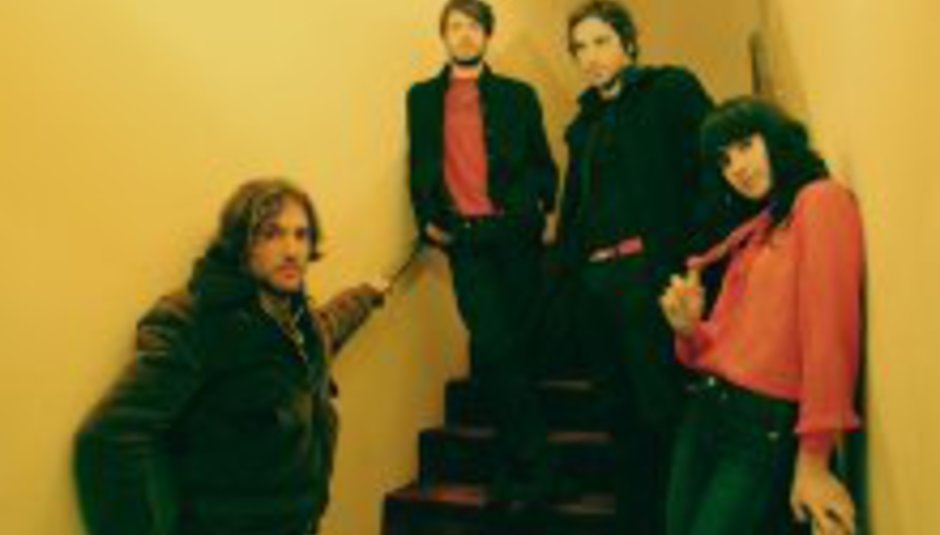 In one of the first of our new DiScover features, where we introduce the most exciting souls and sounds, we meet Howling Bells.

DiS checks them out live and gives them a jolly good talking to.

Watching new bands can always be a challenge. The awkward stare that deviates between the stage and your shoes can be as off-putting as the music itself. Howling Bells however, invite you into their front room and offer you a cup of tea. Flirting between beauty and rock, the band scour songs from their as-yet unreleased debut album with style and sass.

Singer Juanita seduces the audience both visually and aurally whilst her brother Joel smothers the background in glorious soundscapes that are only penetrated by the dagger-like, incisive drumming and rhythmic bass.

Debut single 'Low Happening', released as a download only single in December, showcases the band's wide-range of influences and talents perfectly and tonight it's banged out with aplomb and emotion.

There’s a heat wave hitting Oz; it’s warm and sweaty. Lead Bell(e) Juanita has survived a record breaking 45-degree New Year’s Day and is feeling on form. "Hell yeah we feel good! It's been a long time rehearsing and not enough time playing, so being this busy and creative is really exciting for us. The crowds seem to be reacting quite positively which is always cool,” she says.

2005 saw the band, Lou Reed/PJ Harvey comparisons included, crawl through the UK scene for the first time. And they recorded their debut album with highly esteemed Coldplay producer Ken Nelson.

"It was effortless. Ken is a gentle, inspired and very intuitive producer. Space is important to him and that's exactly what we were looking for," she adds.

This year shall see said sounds released in the Spring through the well respected Bella Union label.

"We're really excited to be with such a great label. Before even getting in touch with them, we were very aware of their relevance on the music scene. Between us, we probably owned a copy of nearly every band's album on their roster, from Francois Breut to The Czars. They all genuinely love music, which is a rare gem in the music industry."

The band are no mess to look at either. Although their dapper threads, curly looks and mile-high cheekbones can only help fund their future forays, they are reserved about using their looks to succeed. "Pop music and pleasing aesthetics go hand in hand. However, I don't believe the kind of music we make quite fits into that genre of predictable and aesthetically-driven songs."

She continues: "There's no doubt you can use your looks to sell a record or two, but are you interesting? Do you have something provocative to say? What do your lyrics have to say about you? My point is, good looks alone are not merely enough to sustain yourself in this climate of over the top and meaningless products."

Confident in their songs and passionately into what they do, Howling Bells, who play the London Astoria with Editors, Richard Hawley and Brakes, are ready to face the challenges of a young rock band driven by a heady mix of "frustration, anger, lust and love".