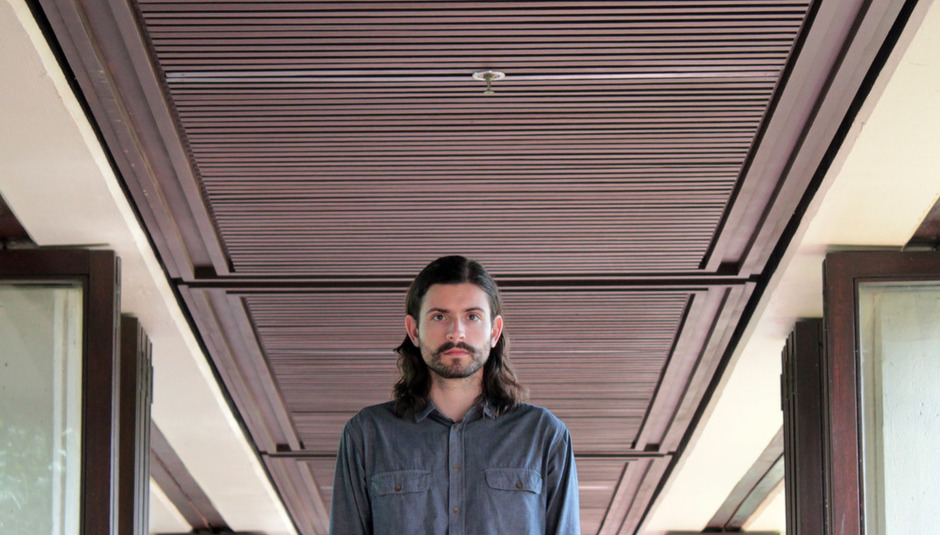 First up, a couple of truly stunning transmissions from Evan Caminiti. Slated for release later this month on the impeccable Immune Recordings, Night Dust represents the undoubted high-point of his solo output thus far. Recorded purely to four-track, and characterised by a murky, neon glow, it’s an album that touches on every facet of Caminiti’s approach to guitar – from sparse webs of finger-picking, heavy with reverb, to fractal bursts of feedback and washes of distortion – whilst still marking out its own highly distinctive atmospheric space. Much of this can be attributed to the synth textures that imbue the record with the kind of wide-eyed cosmic awe that most synth revivalists can only dream of achieving and when all these elements combine, as on the quite astounding ‘Last Blue Moments,’ the effect is nothing short of revelatory. Check out a track at the Immune website Similarly excellent, if perhaps more likely to slip under the radar, is the debut release from another Caminiti project – Painted Caves. As the album’s title (Not Here Not There) might suggest, this is music that dwells in an unsettling, liminal space – clusters of notes are cut free from context and cast into the ether, suspended alongside howls of processed feedback and a thick fog of queasy synth tones. Scope a couple of tracks right here Not to be outdone, the other half of Barn Owl, Jon Porras, has also seen fit to offer up his latest release during April. But while Night Dust dwells in auditory shadows, Black Mesa is rendered with a stark clarity, every pick scrape and grain of distortion cast in astonishing detail and with a quite astounding sense of depth and space. Musically too, this feels more methodical, despite its semi-improvised nature – each labyrinthine track twists and turns through a multitude of themes and textures, whilst always retaining an impressive restraint. And on the occasions when Porras lets loose with huge arcs of sustained tones, as on opener ‘Into Midnight,’ the effect is truly devastating.

Equally stark is the latest release from veteran Italian noise artist Maurizio Bianchi. As its name might suggest, Celtichants comprises a series of heavily effected, chanting vocals of unknown provenance and the results are nothing short of breathtaking. This is a soundworld in the truest sense of the word, with melodies swelling and waning before disappearing into a pitch-black void of reverb, torn apart by sandstorms of unidentifiable noise. Scope a clip right here:

Ploughing a substantially lighter furrow is Already Gone, the latest album by West Coast two-piece En, out now on Students Of Decay. While hardly a reinvention of the wheel (and let’s face it, there is a lot of this type of thing around at the moment), it’s an undoubtedly beautiful record – instantly appealing, but with genuine depth and, on side-long closer ‘Elysia,’ truly epic in scope. Well worth checking out. The full album is available to stream right here

Finally, a couple of collaborative records that skirt the borders between ambient and pop. In many ways, both ‘Mirrorring’ and ‘Orcas’ (both self-titled efforts, incidentally) sound exactly how you’d expect; so, in the case of the former, like a collaboration between Tiny Vipers and Grouper and, in the case of the latter, like a collaboration between Rafael Anton Irisarri and Benouit Pioulard. Fortunately in both cases, that’s a very, very good thing. ‘Mirroring,’ in particular, is a wholly addictive listen, as some quite stunning vocal melodies emerge from billowing clouds of distortion and reverb, but repeated listens also reveal the stark charms of ‘Orcas’. Well worth checking out, especially this:

Until next time, thanks again for reading.