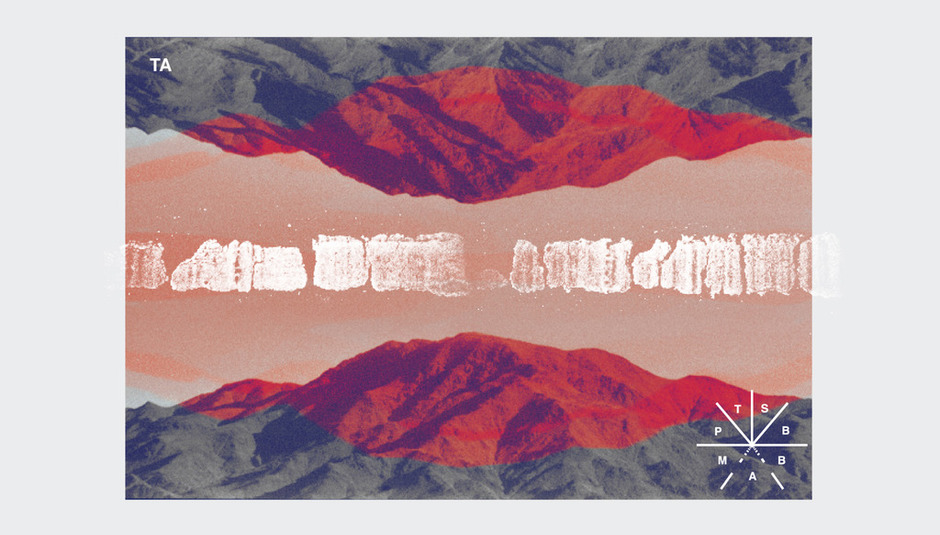 However, each and every year, there are records which slip through the cracks, that individuals who write for the site absolutely adore, yet few others seem to even be aware of. To help highlight a few lost records, a few years ago we invented the Lost List, and ask individuals to write some words explaining why they love the album in question. Next up, Brad Barrett picks a of bruised honesty which doubles as a an amazingly vibrant snippet of hardcore in 2011...

The majority of music is pure entertainment. For the somewhat more obsessed among us though - and there's a lot us here, I guess - we can't help but attempt to find significance between certain musicians, albums, songs, or pieces of music, and our lives. It's a somewhat fruitless endeavour but one that we garner an immense amount of pleasure from.

I honestly enjoy and absorb a large amount of music each year, though I would say 2011 was taken up with fewer new records than any time since 2006. There are a lot of reasons for this. However, I found a record that gave words and power to what I've been feeling for a while. It made me want to grit my teeth and throw myself headlong into this year of turmoil, and gave me cause to reflect on the last decade, as I enter my thirties. I honestly can't remember the last time a record had this sort of effect.

Touchè Amorè's Parting the Sea Between the Brightness and Me reminds me of how I used to feel – the passion, the drive, the hunger for something more, and how I now feel I've lost direction and stopped trying to get it back. When Jeremy Bolm screams “There's a thousand reasons why I can't open up/Every combination is one turn off/there's no rest for the weak/I need a week's rest desperately”, I know exactly how he feels. I'm not out on the road, not driving miles and miles, retracing a million footsteps and tyre tracks like him, but while listening to this, it feels like I could be. The stories of broken and strained relationships – with friends, lovers, family – are made to sound harrowing. The bruised honesty echoes Daryl Palumbo at his most raw on Glassjaw's Everything You Ever Wanted To Know About Silence.

Sure, the record isn't ground-breaking. It's familiar, almost comfortingly so. Rather than being negatives though, they're really a result of an intense focus on their craft. Almost every one of the 13 songs are under the two minute mark. There's barely a breath between them, reinforcing the idea that this is a 26 minute surge of adrenaline, and cathartic noise therapy. The chords aren't merely blurred smudges of distortion, either. Each note sounds clear, and their implied melodies tangle up in the words, which resembles the barrage of distortion you'd expect from cookie-cutter hardcore bands. Bolm's vocals are an outcry, an outraged yell that sells a world-weary 28-year-old's encroaching fear of losing more than perhaps he's gaining. Nevertheless, the voice also can't imagine doing anything else, and really isn't keen on thinking further ahead than the next venue playing to devotees. There are moments on the album that are truly astonishing – usually excellent uses of time changes, or impeccable musical punctuation – but unlike a lot of music, you aren't waiting for those exceptional parts to appear. They are surrounded by bare bones emotions, a bellowing protest that can't be easily ignored. There's too much conviction in it all.

I've said before that I tend to dismiss lyrics, especially if they are abstract or play a more melodic role. Here, they are most definitely the focus of Bolm's output. There are so many lines here which sting, ring with hurt, and terrify with their close-to-the-bone simplicity. The haunting piano bloom of 'Condolences' has the memorable opening “If you fantasise about your funeral/I understand, I've been there before/If there's more importance in the music played/than who'd attend, then we are the same,” which is indelible once heard, the eloquent but insistent piano blurring the lines between melancholy and frustrated anger. “I admit I'm fragile, emotionally impaired_,” from 'Face Ghost', the longest track at 2:21, may sound like late teen angst poetry – and I don't blame you if you dismiss it as such – but in his admitting failure, comparing it to a rain cloud that “looks like the one that follows you”, you are drawn into Bolm's bold confessions by his intimate accusation that you are feeling the same way.

But if the record was plastered in Turner seascape grey, then it wouldn't be here and it certainly wouldn't be one of my top five records of 2011. The light piercing through is the furious triumph of '~'('Tilde'), an ode to keeping on through whatever life throws at you. Quiet, happy yet anxious chords usher in a juggernaut ploughing through the competition, gloriously, with the driver's fist pumping defiantly in the air out of the window. “I walk with my head held high/And when it all comes crashing in/It will be worth it if I'm still breathing”, yells Bolm, with a mind as restless as the song's pace. The end chords of 'Amends' turn the worried brow into a sigh of relief with their positive twist.

Perhaps the tumultuous tides of 'Pathfinder' really define where Parting... is pointing. The drums are machine gun precision, road and driving metaphors are emphasised with guitars that mirror cat's eyes speeding past, while Bolm's best double-meaning concludes the song: “Late nights and all night drives/are the reason why I'm alive/and I'm not going anywhere”. Though we know what he's referring to, there are plenty of times – whether behind the wheel myself or on a night bus – when I've wondered what the miles are chalking up to on every night journey, even though you know that not everything you do has to mean anything. It sounds negative again, but actually the final line above could be read as both a fear and a glad acceptance.

But it's probably the slow grinding build of 'Method Act' that really penetrates the feelings of loneliness and confusion that can come from attempting to follow your own path, at the expense of spending time away from those you love. The thundering conclusion, with chords that slice and ring like bells, gives a backdrop to these words: “I'd rather play play dead than play catchup/ because no one really cares all that much/I can't keep having the same conversations/I look to the floor to keep concentration/focused hard on every single word/my nails are dug deep and my stomach hurts/I am selfish it seems but I'm trying my best to breathe/hoping you don't notice as I keep laughing.” Harsh.

Its brevity means the punch it dishes out lingers far longer than its runtime. The delivery method – fast, relatively clean guitars upon breakneck rhythms, pelted with an insistent megaphone-yell – is a tenderiser for the lyrics. It's an amazingly vibrant snippet of hardcore in 2011, a record that is practically hard-wired to my internal jukebox, replaying snippets, and whole verses, constantly. But while the parts are, in this case, just as important as the sum, it's the way the overwhelming deluge consumes your attention while sounding ADHD itself. There's no arguing with the heart or the suffering, the determination, or the plea for understanding.

So, there's no doubt that this album can be described as entertainment. But this is also one of those few records that means something to a lot of people who hear it, and who will be able to take solace in the fact that, yes, someone else understands. They just happen to make exhilarating, hardcore-inspired noise that lets them be heard over anyone else.