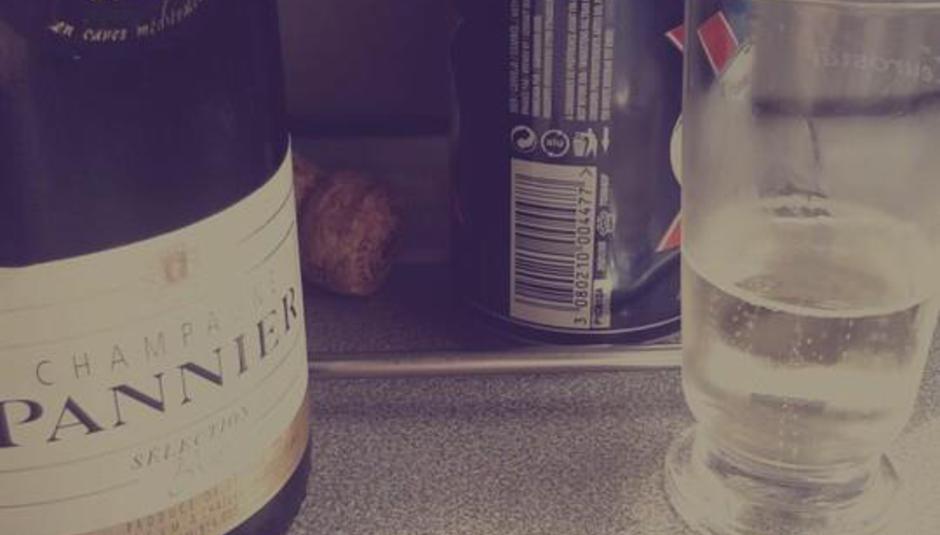 As I write this, stomach acid burns still ring my mouth. As I sit here typing, memories are tumbling back to me, like flies to a shit-eating grin.

I went to Paris, I saw some music, I had a few drinks. That could be my Pitchfork festival review and you could just skip to the score (spoiler: it’s 8.4 but I haven’t actually included it, so save yourself the trouble of scrolling down and back up again and just stop reading now).

The festival began, like most festivals, with walking into door frames whilst lurching in the dark for something to make a coffee. Shower. Shave. Clothed. Tube ride. Train ride. Drinking bubbles under the channel. A cab. A check-in desk. Some water on my face. Some more beer. A steak and some chips (pom fuh-reets?). Une Pink Elephant cocktail, featuring a day-glo stick. A glance at the view of Notre Dame. Another beer. 'Can we leave now, I wanna see Real Estate and Washed Out?' Another beer. Une bière monsieur? Another beer...

Another cab ride. This second cab was much more the Parisian stereotype: a man, unwilling or unable to converse in English or speak fronch slow enough for my faint memories of GCSE French; a nought-to-sixty and then slamming on the brakes, HHUHRRRRNNNNNNNNNNNKKKKKKK!!!!!-ing kind of taxi ride. The kind of cab journey that sobers you, and spits you out onto the curb, hoping you pay the guy every penny you have in your pocket because you’re that thankful to still be alive...

Walking into Grande Halle de la Villette - past a gigantic neon Pitchfork Music Festival sign which over-looks a courtyard with a big impressive fountain - first impressions are over-awing. Pitchfork haven’t got some tiny theatre turned into a music venue but a huge enormo-barn, purpose-built for music... or possibly for housing a family of blue whales. As the lights dim, what looks like 5,000 people are gazing at the stage as the lads (and lass - Katie from Sky Larkin no less) wander on and begin a revelatory set. Wild Beasts have become a whole other monster. What was once a band of slightly cabaret-indie fare - a bit Antony & the scuffed Beirut-bombed edges - has now evolved into this hideously rich waterfall of bass throbs, the tickling of drums and them humbling harmonies. They’ve become their own band, with their own trademark sound of ornate texture and the result - especially on ‘End Come Too Soon’ - is glorious, breath-taking and nothing short of perfect. And maaaan, are those vocals not some of the most ‘devastatingly beautiful’ pipes in the world right now?

Eight euro Heinekens are purchased, and we gaze up at the Spotify logo projected like a Bat-sign between the Pitchfork drapes. A laptop and some screens appear on the stage and minutes later Mondkopf is playing. He’s a french electronic artist, who doesn’t do the Ed Banger electro. His blend of decaffeinated drones flits and flutters between the oily greens of a Field remix of Animal Collective and the brownish hues of Pantha du Prince. Songs ebb along and it’s all very pleasant and at times engrossingly lush - assisted by the glorious Peter Saville/Joy Division-esque projections.

Then, after what seems like an decade of stage set-up, it’s time for tonight’s main event: APHEX TWIN. He has huge TV screens, showing a mangled version of a test screen, and various pulsing things. The lights are incredible. The music, well, a few beers followed by a few beers, make it hard for me to remember the exact set list but the result was giddying. Your humble narrator, who never dances, was dancing and ‘throwing shapes’ as squalls of noises zapped down from the lord of ambient-punk, and lo! it was magnificent. From start to finish, the rushes of sounds and the sizzle of static was FUCKYEAH-inducingly awesome. A true living legend.

Another “biere”, another band. Pantha du Prince flashed away in what felt like seconds. This 1am set (which I think started nearer 2am), following tonight’s headliner, possibly wasn’t the best live introduction to his late-night, chilled out wind-chime thrum ‘n’ wibbling bass. [rest of review omitted due to really loving Black Noise and not wanting to say anything less than pleasant as it was probably just because I was shattered].

I saw Cut Copy play an incredible set the night before at The Roundhouse in London. This didn’t seem like the same band. With the event running late, and whoever was doing their sound and lights clearly not ready, the band trundled through their set, with a clear frustration, which was shared by fanboys like myself, swaying but not really receiving that usual hit-after-hit of endorphins. Time for bed.

Saturday begins in a mess. Water is fetched. Praline chocolate is munched. A whiteness rushes in and out of me. I start remembering lines from La Nausée whilst gazing into an abyss that appears to sound like BBC World News. A walk and some tramp-spotting beside a canal. Some baguette. And it’s time for Jens Lekman who takes about three seconds to remind Paris why he should be constantly dogged with “one of the greatest living songwriter” plaudits. Why have I never seen him live before? And why doesn’t he look like I imagined he looks? And, wot, no orchestra to do those ridiculously overblown bits? Oh, well, no bother because he begins rummaging through his catalogue, backed by one guy on keys and sampler-like things, and the result captivates even the most addled mind in the room (mine). Set highlight ‘An Argument With Myself’ involves Jens bashing himself in the face, whilst cramming approximately a trillion words a second into every sentence, jabbering in ways not heard since ‘Me and Julio Down by the Schoolyard’. Brilliant!

...I just wish the same could be said for the way I feel. I consider eating the only food available within the no re-entry confines of the event but the smell of the hot dogs has me retching. Instead, it’s hair of the dog as Lykke Li takes to the stage. As a huge fan of Youth Novels’ rainy-day anthems, Wounded Rhymes, with its crunch and brash Florencian yelps, didn’t really do it for me. Yet, here I am, watching Lykke Li, playing a somewhat stripped down version of the bulk of the record and it’s glorious. With the overblown bashing toned down by hushed drum-brushes, and the humming and harmonies, this bombast-extraction is tear-botheringly beautiful. A slight but uplifting adventure through all the things that makes people quiver at the thought of Lykke Li (ok, all the things apart from the sexual things that them pervs leering for a gawp at her are thinking about).

And then it’s time for today’s curators, headliners and heroes-in-waiting Bon Iver. Firstly, Justin Vernon is not alone, there are at least nine other men onstage, with a variety of guitars, keys, brass (including a giant Sax) and percussion (including a church bell). Having liked his debut longplayer, adored Blood Bank, but been a bit lolwut about parts of his self-titled newie, I wasn’t expecting to do much but sit back and let it happen - nod along at how pleasant some if it was, and how ridiculous the rest of it was. Perhaps my bar was set low but FUCKINGHELL within minutes I can feel every synapse in my body grinning. ‘Holoscene’ sounds like the greatest Peter Gabriel song, ‘Calgary’ erupts into a Phil Collins anthem and everything else sounds Herculean (if it a bit Bro-play at times, although Chris Martin would take that as a mega-compliment), reaching further and further for the stars. A soulful and graceful end to Pitchfork Paris.

Johnny Foreigner vs. Everything track...