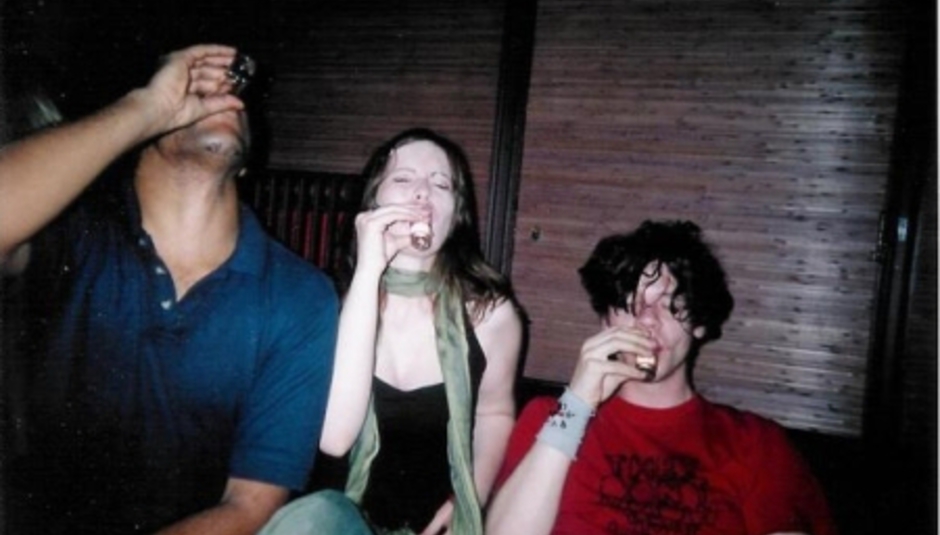 Unlike the two years that came before, Johnny Foreigner didn’t make an album in 2010, but that’s not to say they haven’t been busy. Not so long ago, DiS decided to fire over a few questions to find out exactly what’s been keeping the band occupied, as well as finding out what they’ve got in mind for 2011. And you know what? They wrote back! After a pretty intensive spell-checking session, here’s what frontman Alexei Berrow had to say.

DiS: What's a typical Christmas like for Johnny Foreigner these days?

Alexei Berrow: There isn't really a typical Johnny Foreigner Christmas – we're not like The Waltons (or North & South), living in one big house, opening each other’s presents round a tree. Everyone did their own thing and we played a New Year’s show, which was fun but didn't feel that New Yeary. We got too stoned in the van home and fell asleep before we reached any party zone.

AB: To make a proper album, do some more European touring, play some festivals, and write a begging letter to Merge asking them to sign us in America. Kinda business as usual.

DiS: From the outside, it seems like 2010 was a year of transition for Johnny Foreigner. Do you see your move to Alcopop! Records as the start of a new chapter, or is that overstating the symbolism of it?

AB: Yeah, I guess it is. It's hard to see it so objectively when you’re so wrapped up in it, but it's certainly been good for morale after our last label got eaten, and Jack Pop! [label boss Jack Clothier] is probably more on our wavelength than anyone else in ‘the music biz’, so we can concentrate on doing band stuff without worrying ourselves over adult stuff.

DiS: There were also some problems with that US tour with Los Campesinos! at the back end of the year. What was the story there?

AB: We had a publishing contract with Mannett, and they agreed to up to £5000 tour support for overseas funtimes. They had final say over what they deemed worth it, but we thought, asking for half of it to pay for a month in America supporting a hyped band, doing 1000 capacity legendary venues, was pretty much a shoe-in. We asked them as soon as we got confirmed and, simply put, they blanked us. As a result of us having to do everything last minute off our own backs, we’re still in megadebt. As a nice addendum, my girlfriend used to work in for their parent company and the other night found on her laptop a database of everyone’s mobile phone numbers and personal emails and stuff. So revenge will be fun, if puerile.

DiS: What was the atmosphere within the band like at that point? Were you all comfortable with the steps you took to save the US tour?

AB: Totally comfortable, but like being thrown onto a bed. I don't think selling songs for money is anything to be ashamed of, even if the circumstances were kinda forced. It was a pretty tense few weeks that kinda just got worse and worse – we started missing deadlines to get merch made and shipped, cheap van hire, cheap hotel rooms, cheap flights. The longer we left it the more money we needed. Our manager called crisis point, we sunk our own cash for the flights and made the Bandcamp packs.

DiS: What kind of response did you get from your fans when you invited them to support the tour by spending their cash on some downloadable goodies and rarities?

AB: A totally heart-warming one. We knew we’d never raise enough to put us back on an even keel. We just hoped to be able to fund a deposit on a van so at least we could make the first two shows and wing it from there. It took us about two days and we had enough to pay for the first leg of the tour and put petrol in too. Touring places we've read about for ages, with Los Campesinos!, with Ben, in America: it was like our perfect holiday. Whether we did it properly or on a budget felt kinda irrelevant as long as we made it.

DiS: Did you feel that you had to learn from what happened? Do you think, in retrospect, it could have been avoided or is it the sort of thing that just comes with the territory?

AB: It wasn't an ideal situation because we only had a couple of months to prepare, which is never enough time to get money out of giant music industry corporations anyway. I think we’d learnt by that point not to trust anyone who promised us significant monies, regardless of what contracts we had, but we didn't have any reason not to believe them. To answer your question, yes, being bullshitted by cowardly and desperate men in a failing industry does totally come with the territory.

DiS: Are you satisfied with the level of success you've achieved, or did you hope you'd be a bit more financially comfortable at this stage in your career?

AB: Fuck yeah we're satisfied: we make albums and go on tours. It’s what we wanted to do since ever and we’ve got to a level where we meet people who obsess over us like we do over other bands. It's immense and flattering. I don't really know if we really equate that with financial stability though – if the whole package came with the financial benefits that it would have had say, 10 years ago, then that'd be that be lovely yaddayadda… but we never expected to ride the hype wave forever or permanently quit the real world. If we’d have been more cautious with who we put trust in, or if those people had honoured the contracts they signed, then we’d be in a real safe, stable position, but that doesn't change the fact that doing this means more to us than how broke we are.

DiS: Would you like to be playing in bigger venues? I live in Sheffield, and I’ve lost track of how many times you've played The Harley in the last couple of years.

AB: Four times. Um, no, not really. Big shows are fun ‘cause they can sound better and more stage makes us look more important, but smaller rooms equals better atmosphere, all the time. If we were in America we’d play basement shows every night and it’d be amazing. We fucking love The Harley, Rob and Katie [DiS Presents… promoters] are awesome and going back there is like seeing old friends (who live in a hotel). Looking forward to the next two years of shows there.

DiS: I think most people would agree, whether or not they’re fans of your music, that Johnny Foreigner have a very distinct sound. How do you hope to build on that, or develop it (or abandon it?!) on your third album?

AB: Hmm... I’m sure there’s plenty of people on DiS who think we sound like everyone else or Los Campesinos! or whatever, but it's not a conscious thing. What we do seems totally natural to us and we never think too much about how stuff is going to sound. The songs we have at the moment sound a lot more loud and pop than the EP [last year’s You Thought You Saw a Shooting Star but Yr Eyes Were Blurred With Tears and That Lighthouse Can Be Pretty Deceiving With the Sky So Clear and Sea So Calm], and we're trying to write slow stuff properly, without reaching the traditional third album Idlewild ballad tipping point.

DiS: How have your influences changed since you made your first album? How will that inform your next one?

AB: I don't know if they really have. We still like the same kinds of songs and sounds – it’s just the bar’s been raised by various peeps since. We’re totally magpies: if we hear something cool we like then we'll crowbar it in somewhere. I don't know, I know it sounds hella gay but I genuinely think there’s a certain magic in how songs are made, how certain bits or sequences of sound emote particular feelings, and I'm worried that if I think about the component parts for too long the spell will break. Yes.

DiS: Is there anything else you’d like to tell the world?

AB: I think I’ve gone on long enough. Happy belated New Year to you all. Be excellent to each other.