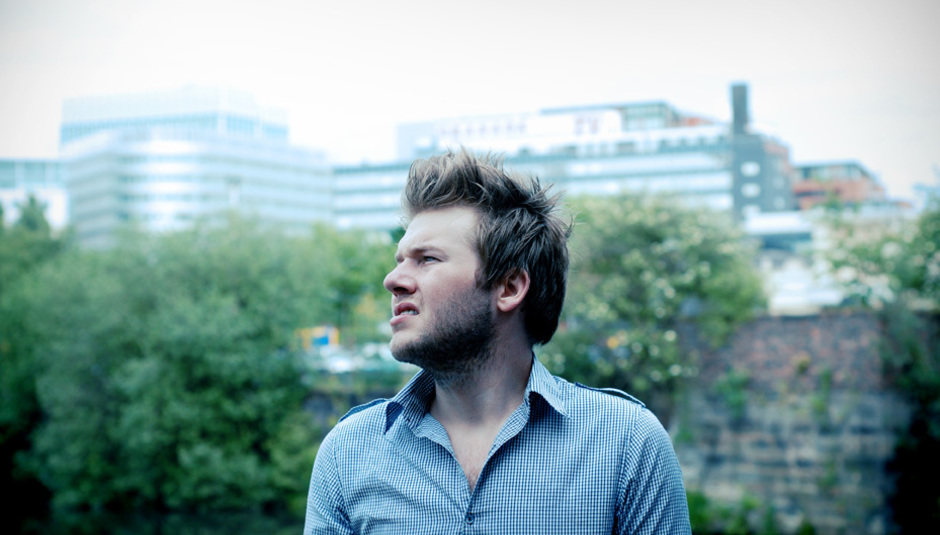 Finer Details: Liam Frost on his duet with Martha Wainwright

Finer Details: Liam Frost on his duet with Martha Wainwright

DiS was really curious how the duet between Liam Frost and Martha Wainwright came about, what with her being on our label and all. So in his own words, Liam explains how it happened...

When DiS asked me to write about how Martha ended up singing on the song 'Your Hand In Mine' from my new album, I wanted to talk about how I imagine all of my favourite duets were made. Like Marvin Gaye and Tammi Tyrell, or Ike and Tina Turner, most would envisage two amazing voices around one microphone in a vocal booth, and a startling amount of chemistry, right? In reality, we still haven’t met. There is one amazing voice; that much is true. But there’s also one fairly ill fitting Mancunian brogue with a propensity for the odd bum note or two…

I was sat in the basement of an apartment block on Christopher Street, Manhattan, home to the studio of producer and all-round good guy Victor Van Vugt. The inhabitants of the building were still reeling from the news that their caretaker had gone missing after he’d stabbed his wife in the heat of a drunken argument. We were a little concerned that he might return and wreak havoc, to say the least. Victor wasn’t exactly in his good books, having brought in a young female cat from the street, thereby laughing in the face of the building’s no pets rule. She hadn’t been spayed and was now on heat and definitely looking for action. With the cat grinding up against my leg and concerns for mine and Victor’s safety, I set about trying to come up with a few ideas as to who could sing the other part of this duet.

At this point, I was still making the album for Columbia Records, and I was given a list of potential female singers from the Columbia roster that could perhaps fit the bill. I’d also tried to sound out a few people from Manchester that I like and figured could do the job. None of these really worked out. Now, for this album, Columbia had put me through the mill with a few co-writers, to try and find a so far elusive hit single that would help them sell a bucket-load of albums. Nothing really came of a lot of them, as I wasn’t really all that concerned with writing some massive, dumb smash just to try and con people into listening to the other songs on my record. However, I had set up a couple of sessions with fellow songwriter Ed Harcourt through my publisher with the idea of just having some fun and seeing what came of it. We wrote a number of things that I really liked, and two songs made the record; one of which was 'Your Hand In Mine'.

When Victor suggested that he ask Martha, whom I believe has been a friend of his for 10 years or more now, I emailed Ed to get his thoughts on the idea. It turned out that he and Martha were really close as well. Everything seemed a little bit too good to be true, having been a long time fan of Martha’s voice and songs. But sure enough Victor and Ed both got in touch with her, and she mailed back asking to hear the tracks.

So Victor and I took an afternoon out of the studio to go and meet Martha, who was playing on the Late Show with David Letterman that night a bit further up town. With a CDR of rough mixes in our sweaty mitts, we stood outside the backstage entrance to the studios. Various members of the NBA’s Boston Celtics side were ushered past the waiting paparazzi and a small group of fans that had gathered. We had to wait a little while, as Martha’s sound check had gone over and she still had to go to make up. After a short while, Letterman’s security staff had started to get a little antsy with us being around, and it looked like we were about to be moved along when a member Martha’s management team came out to talk to us. She said Martha didn’t have time to come out and say hello, but to give her the CD, and they’d “get back to us…" At this point Victor joked with me about feeling a little perturbed, having known Martha for such a long time. We both understood how these things work and headed back to the studio. On the other hand, I figured that it might not end up coming together, and was starting to think of other people that could potentially do it. She seemed really busy. I was also fully aware of the fact that having Martha Wainwright sing on one of my songs would help me much more than it would help her, and was under no illusions that it’d be easy making the entire thing come to fruition.

Anyway, a week or so passed, and Martha got back to us. She’s was in California, and had been listening to the album, loved what she’d heard so far and wanted to come sing on the song. I couldn’t believe it, how ace! We started to make plans for her to come in and put the vocal down.

As it panned out, Martha ended up going in to record after I had left New York. But in some ways, that made the entire thing seem all the more magical. Victor was starting to send through mixes of the finished track, and hearing that voice harmonizing with mine was a little bit too hard to believe, having still not met her. But there it was…something that I never thought would happen at any point in my career. I’m awful glad it did though. Hope you enjoy it folks.

Liam Frost - Your Hand In Mine (feat. Martha Wainwright) by drownedinsound

In Photos: OFF Festival, Poland

DiSection: Múm Sing Along to Songs Yo...