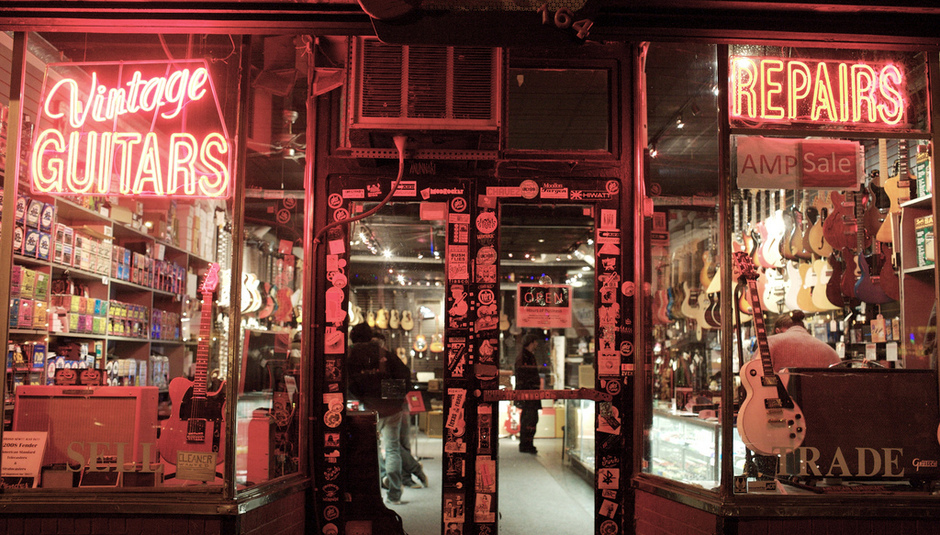 Metric have lived and spent a lot of time in some of the hippest cities in the world, in fact, they're one of the most city-shifting, transient bands we've ever met. Each day this week they're going to share their favourite things about each city they've lived in or visited. We kick things off with the band's bassist Joshua Winstead telling us all about the Big Apple...

New York City has always been one of those OLD WORLD cities people have focused on to LIVE OUT their dreams and FANTASIES. It was no different for myself or any of us in Metric.

With so many guides to NYC, there is no need for me to try and tell you where to go. Instead here are a few places in my neighbourhood that I can recommend.

You wake up, it's too late for breakfast, no worries head to Brown. Located at 61 Hester St, Brown is a fantastic place for coffee drinks and baked eggs, or the models' diet of yogurt and fruit. Small but cozy and the people who work there give respect and no attitude. Who wants attitude before 5pm? That shit is boring and annoying. If it was the 60's I would tell you to do a hippie speedball (espresso and a joint) and roll over to Seward park (Essex and East Broadway) to chill with the locals at this unknown corner park. The park has a public library and an amazing array of locals. People playing music, doing Tai Chi, avoiding rats, enjoying the shade and watching Flight of the Conchords filming.

Now that everyone is all tightened up, let's stroll north for some shopping around the Rivington street area.

Within this one small area you can find many bars, restaurants, tea houses, health food stores, clothing stores, all of that, so there is no need to point them all out. If you can't find them in this area take your Segway and go back to wherever it is you came from.

Let's head north again and sweat it out. Time for the Russian Turkish Baths at 268 E 10th St. If you are afraid of normal humans and can only deal with lavender-smelling softy boys and girls, don't go here. If you like real people getting their sweat on, speaking in weird languages, not giving a damn that you have a hot body and are from some royal family in Denmark, this is for you. No need to bring anything: they have it all. Check to make sure it is a time when your sex is allowed to be there. They have both coed and non-coed times.

Now that we are close to 14th street half of you should go to 1st Ave / 14th Street, get on the L train and head to Williamsburg (you are now on your own, find another guide, there are many). The other half, since we have done that already, come with me back downtown.

Some more places to eat, drink and be merry

Barrio Chino - best Mexican and margaritas - 253 Broome St - this place is already blowing up so I don't mind telling you. My favorite restaurant. But since you don't know the owner, and there will be a 40 min wait, step next door to.... Ten Bells - fantastic wines and delicious tapas - 247 Broome Street - the owner is a kind and knowledgeable guide to his wine selection, and he loves the fine ladies (free drinks) B.EAST - Trendy bar / restaurant (never eaten there but it looks good) - 171 E. Broadway, on it's way to being the new Beatrice Inn - 285 W 12th St - I won't be there. But maybe next door at the dive bar.

Now that I have given you a short list of my hood, and I want it to stay small for a little longer, I'm keeping the rest a secret. NYC is the city of a million doors and a million surprises. It has so much to offer and can take away just as much. Always an adventure.