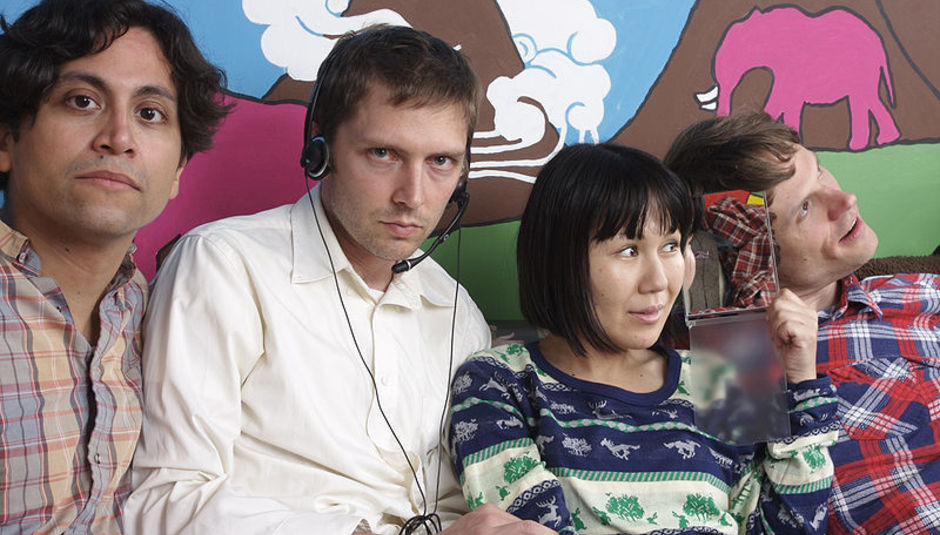 Touring with Radiohead: the Deerhoof-eye view

Touring with Radiohead: the Deerhoof-eye view

Concluding our week of Radiohead-related content, here's another first-hand account of touring with the band, this time from Deerhoof drummer Greg Saunier.

Somehow I'd been convinced by people who don't know Radiohead that they'd be pretentious and stand-offish. We arrived for soundcheck the first day in Berkeley, and Colin Greenwood walked up with a big smile and apologised for missing our last show at some hole in the wall in Oxford. I was like, 'uh, this is not what I was expecting'. It was like we were old buddies. He wanted to take pictures with us, and next thing I know our faces are on DeadAirSpace!

The whole tour was like that. They each went out of their way to make you feel at home. And such jokers, I mean you couldn't get them to be serious if you tried! In L.A. our dressing rooms were particularly far apart, but Phil made a special trip down to the basement to deliver us some cupcakes. When Thom thanked Deerhoof on stage, Colin would always start jumping around in an imitation of Satomi [Matsuzaki, Deerhoof vocalist]'s dancing.

In San Diego, just as we were moaning about how pathetic our tiny and broken setup looked in front of theirs (which by the way is only half of it - they had duplicates of everything behind the stage in case something broke), Ed O'Brien walked up and asked how we got our guitar tone, because he wanted to steal it!

In Amsterdam I noticed Jonny quizzing the lighting designer during our soundcheck, and later during our show I noticed the lights were going crazy with all manner of strobes and nonsense. Yet everything was perfectly timed to our music. It was Jonny back there in a hoodie secretly doing our light show!

In Dublin we had a day off and decided to book our own Deerhoof club show. After soundcheck we happened upon this vegan restaurant, and who was sitting there but Jonny and Thom, who invited us to join them. Radiohead's Irish tour manager had drafted Jonny in to play a traditional Irish music concert at some pub, and in turn Jonny had drafted Thom in to watch it. When we mentioned that we had a show tonight too, Thom turned to Jonny and said that's it, he's going to ours instead.

I figured he was just pulling everyone's leg, since tonight was his only chance to not hear Deerhoof. But then as I was coming off the stage after we played, someone in the audience patted me on the back and it was him. And he was almost as sweaty as I was. Turned out he was there making a scene with his nutty dancing. After watching us from the side of the stage so many times, he was the only one who could follow our songs!

There were a lot of great memories and it was hard to say goodbye. Perhaps one of the best impressions was of Radiohead's crew, the likes of which I had never seen in years of touring. They had no reason to take care of Deerhoof but they did. Every day they'd be lending their expertise and moral support, not to mention their tools. Jim Warren, their genius sound engineer since the early 90s, even did our mix for the Europe leg since he already knew all our songs and we couldn't afford to bring our own guy. Anybody can put on a happy face when needed, but in a way it was their crew, behind the scenes, that for me really showed what Radiohead was made of.