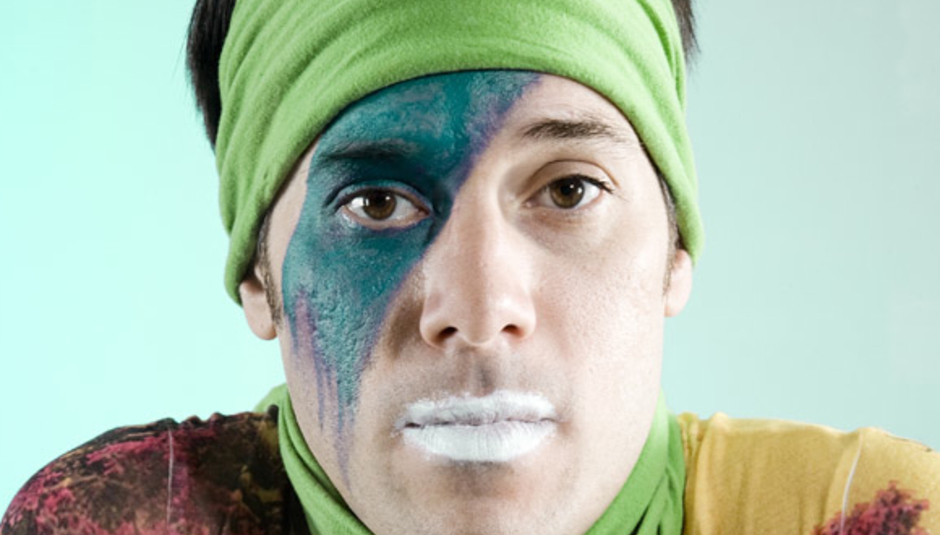 John Brainlove and Chris Alcock caught up with Kevin Barnes on the eve of Of Montreal's sold-out Heaven gig with Franz Ferdinand. In part one of the interview they seek some advice from the hyper-sexual, cross-dressing indie-glam icon on the problems being DiScussed recently on the boards...

John Brainlove: So one DiS user has the problem of always seeing the same attractive girl at the bus stop on the way to work and not knowing what to say, do you have any advice for him?

Kevin Barnes: I think it's just to say hello, right? I mean, if they're always at the same bus stop together I'm sure she's not a temp, and if there's any chance of it happening you just have to be confident. You know, it sounds like a cliché but women definitely appreciate a confident man, if you're all shy and insecure they might think there's a reason why you're shy and insecure, whereas if you come across as not cocky but comfortable about yourself then that's the most attractive thing...

Chris Alcock: And how would you suggest he go about that?

KB: I think saying "hi" is a good icebreaker... [Laughs]. But then you have to have something to follow it up... most people don't want to cause an awkward situation, so you could say something superficial like "I like your scarf, where did you get it?" or whatever, and then you know, "Oh, I had this funny dream last night" and just get the thing rolling, and if there's chemistry it'll happen organically, and if you're not meant for each other then it'd be awkward and you wouldn't want to be with that person anyway. A lot of people might think someone's really great because they're attractive, but that doesn't last. But there might be a reason why you're attracted to them, you shouldn't try to second guess it... but this is turning into general love advice now.

JB: Sean tells us there's a hot potato of a thread about suede trainers going on... any footwear tips?

KB: I like slip ons, canvas trainers... I have on blue ones, I like colour, I always wear colourful socks and shoes. It's the sad thing about male fashion, it's really difficult to find colourful items, it's always dull brown, black, gray... greige. Greige? Yeah, greige, a cross between gray and beige.

JB: Next we have - "would you stop drinking if your boyfriend or girlfriend asked?"

KB: Uh, no. I don't drink much though. But it's not really a reasonable request. But I mean if your drinking creates problems or turns you into an asshole then that's not gonna be very good for a relationship... or if you're like getting beating up or getting into fights. I think it's good to get a buzz on or lose your inhibitions or whatever, that's healthy, but not to drink recklessly, if you get to the point where you're puking that's not so good. Puking is the line for me. I mean I can be jumping on tables and that's okay, but as long as I'm not puking then I haven't crossed the line.

CA: I guess it depends who's on the throne.

JB: One more - there's a thread by a guy who wants to know how to last longer in bed.

KB: I think a good trick is... if you don't come within the first couple of minutes then you can last a lot longer. It could be a bit awkward if you're super excited to be with the person and you have to pace yourself or maybe pull out for a little bit or something. They say thinking about other things is a good trick, like being in school or whatever. But I wouldn't think about like, your grandma's vagina, it'd kill the erection, you don't wanna ruin the moment. You still have to participate and be there emotionally, not just physically. It's a tricky thing. The more comfortable you are with the person, the easier it is... when you're a bit insecure or nervous you have your worst performances. You have to accept that the first time might be awkward, it'll be fun and exciting but it usually won't be the best time. If you're with someone you've been attracted to for a long time, in my experience, you have better sex because you're both comfortable with each other and it's fun.

Check back for more from Mr Barnes next week. Right now, though, as a special Friday afternoon treat we've got an exclusive video courtesy of our friends at FabChannel.com from of the band's recent Amsterdam show. Enjoy!