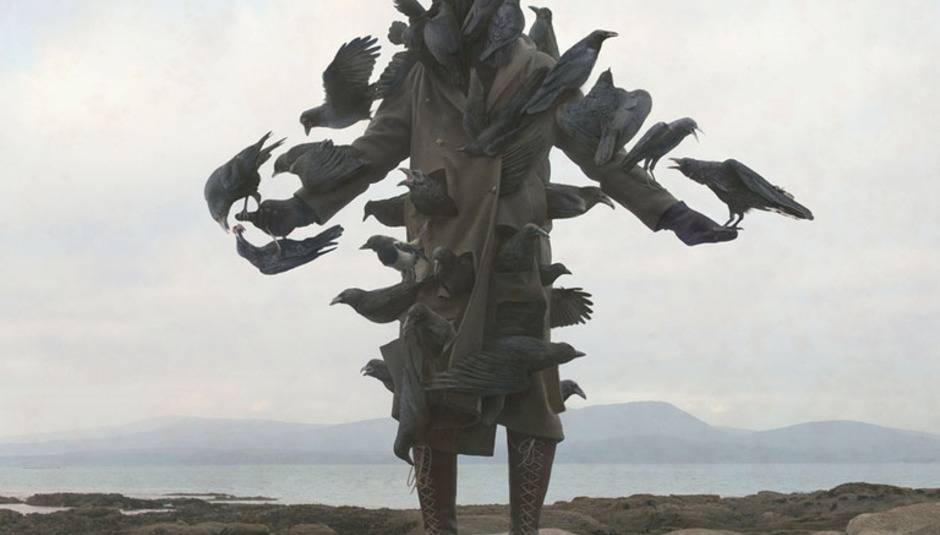 Shearwater's Jonathan Meiburg gives us his rundown of his band's latest album Rook, which features in Rough Trade's top 50 albums of the year. Vote for it to win the People's Voice Prize.

'On the Death of the Waters'

I saw this title written somewhere, and the whole album seemed (in retrospect) to flow from it. Normally I dislike 'jump scares' - in music or in film - but in this case, one seemed justified.

Not an 'apocalyptic' song, as it's been called many times; I was trying to talk about the ways in which we're changing the old world into something new. The falconer in the last verse is a nod to Nico, and also to an hour I spent at a falconry park near Andover.

I really like Kim's glockenspiel part here. I wrote this song after watching the film 'Blue Water, White Death', which is a sort of docu-drama made in the late sixties about an attempt to capture a Great White Shark on 35mm for the first time. The film, made long before Cousteau and Discovery had created a template for 'nature movies', is a thrilling, unintentionally funny, and unsettling document. It includes a sequence in which the filmmakers follow a whaling fleet off Durban, South Africa, and drop shark cages around the carcass of a sperm whale, from which they film at night with the aid of huge spotlights, which reveal a truly gruesome and fascinating scene: dozens of sharks tearing at the giant carcass, while the divers swim free of the cages and shove their cameras into gashes in the whale's body and against the snouts of curious sharks. The whale's massive jaw hangs open, obscured now and then by billows of its own blood. It's hard to know how to feel about it.

This song owes a musical debt to Van Morrison's 'You Don't Pull No Punches, But You Don't Push the River', which I've always loved. I took some of the imagery in the beginning from my memories of growing up in Baltimore, and some of the end from Peter Matthiessen's 'Tigers in the Snow', about the decline (and probable fall) of tigers in the wild.

We had been playing a loud, electric version of this song, but in recording it we found that it seemed to want a different approach, so we did a 180 and wrote an acoustic arrangement with strings and winds. I had thought, going in, that Rook would be more of an electric album than it turned out to be.

There's a lyrical nod here to 'The Bewlay Brothers', along with some really trashy cymbals Howard banged on to augment Thor's drums. And the idea that the apocalypse (in which the entire universe must come to an end at the same time that our species does) is really a grand and silly human fantasy. It's pretty easy to imagine the world without us. Sometimes a relief.

I started writing this song on an island in the Falklands, after I found a little seabird living in the wreckage of an Argentine fighter plane, and finished it in Tucson, Arizona, near the US Air Force's huge airplane graveyard.

'South Col' Howard played a bowed electric bass here, while I played a little pump organ from the 1860s that belonged to Elaine Barber, who plays harp on the album.

It took a long time to write this song. I started working on it after reading Peter Matthiessen's stunning book of the same name, but it's hard to say how they're related, exactly. I guess I was trying to capture the way that the book made me feel; t starts in six, becomes seven, and finishes with a bar of eight. I managed to get hold of Mr. Matthiessen in an attempt to include an interview with him as part of the album's packaging, and he graciously but firmly declined, citing an overwhelming schedule. "I've just turned eighty-one," he said, "and time is not on my side!" I wanted to tell him that I was thrilled just to hear his voice.

The Golden Bough was on my mind while we were making the album, and I kept returning to it on late nights at the studio, along with Alistair Graham's brilliant "Eyelids of Morning: The Mingled Destinies of Crocodiles and Men". There's a reference in the first chorus to the Maori name for New Zealand, and, in the last lines, to "Gates of Eden".

Vote for Rook to win the People's Voice Prize here.

In Photos: Fucked Up @ Nottingham Bod...