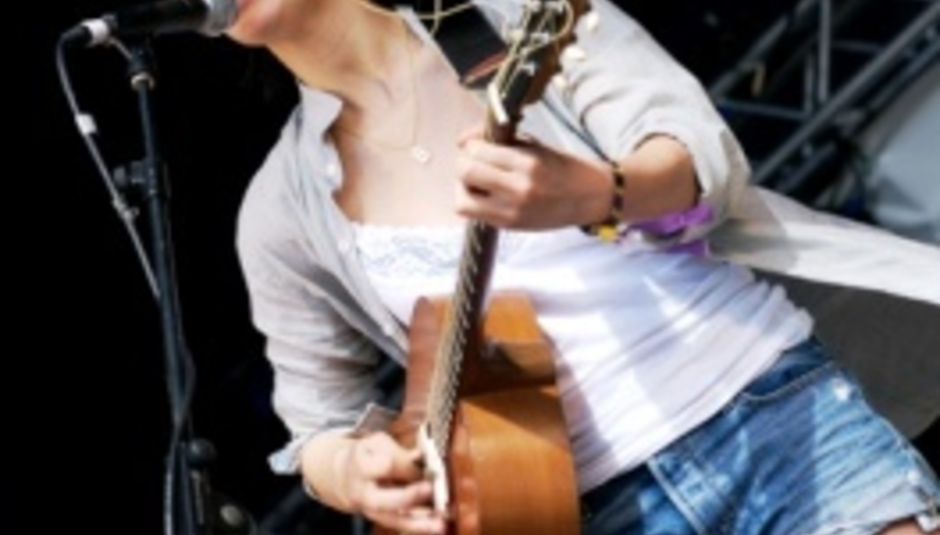 Pro-Emo and Anti-folkster Emmy The Great released her new single 'We Almost Had a Baby' last week taken from her long awaited debut album First Love.

Here's a mixtape she's made for DiS readers.

Beach House 'Used to Be'

Hello, we're the best band in the world ever. This is our new single which is possibly even better than the previous stuff we've done, which happened to be the best music ever made other than maybe Pet Sounds.

I got into the Animal Collective around Sung Tongs and assumed the album this song is from was the one before it, but I just looked it up and it was the first. It's probably my favourite. It's really saccharine. They should have called this one Strawberry Jam or at very least Haribo Tangfastics.

Adam Green is a genius. This song is an example why, and this youtube clip is another example why:

Idlewild 'When I Argue I See Shapes'

Next time I get into an argument I'm going to say: "I laugh at your conversational skills, or lack of". It's so 90's, like adding 'not' at the end of every sentence. eg: 'Your mixtape is really good. NOT.'

The Supremes 'Your Heart Belongs to Me'

I was really supposed to hate this song, cause the combination of Phil Spector and Diana Ross seems to add up to a big lump of hatefulness, but it's just so weird. It sounded like the Supremes wanted to be the Beach Boys for a song, and it's also kind of got a South Pacific thing going on. Argh. I love it.

What bliss to be an American right now. Palin, Obama, the lines are so clearly drawn it's like getting to choose a side in Star Wars and then watching the Death Star blow up.

The Get Up Kids 'All that I Know'

This song is so happy I had to put a miserable Granddaddy song on for good measure.

This song is so sad it made me long for the Get Up Kids.

This is from Widow City. I kind of wanted to put 'Egyptian Grammar' on but then I thought about the trajectory of this mixtape and thought it was time for a short song. All their songs are either 2 or 7 minutes long.

Hefner 'I took her Love for Granted'

I got into Darren Hayman before I found out about Hefner, which is like discovering you like ice-cream and being given access to a Ben and Jerry's factory. I think.

Lemonheads 'I'll do it anyway'

"It's still a beautiful world." This song is incredibly uplifting, like an hour of Jimmy Cliff. I never want to find out that it was supposed to be about heroin or a car or a sandwich.

Flight of the Conchords 'Leggy Blonde'

I recently went to see Rhys Darby, who sings this song, performing stand up, and he was really funny, but nothing will ever be as funny as the middle 8 of this song. It's a shame that his budgie died though.

Video: 'We Almost Had a Baby' by Emmy the Great