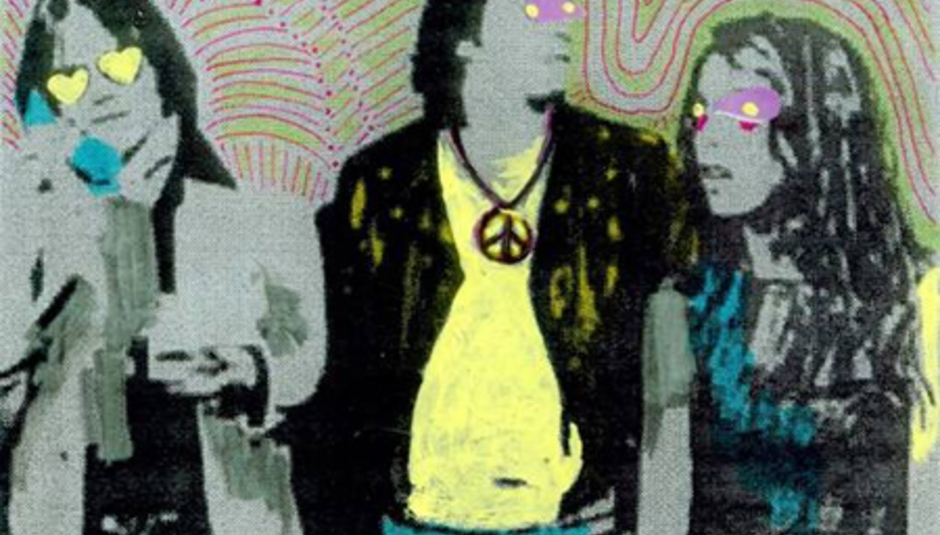 Something old, something new – fit the third: Times New Viking

Something old, something new – fit the third: Times New Viking

In the context of the past, this is where I’d place Times New Viking…

Customary disclaimer: I’m not saying that Times New Viking consciously borrow from any of the following – just that everything has a history and context; and that being old, and having been led up the garden path more times than is seemly, I can hear bits of everything in everything. And sometimes it’s fun to trace back music to its roots. Understand? Good.

There’s the distortion, for a start – the way instruments and voices and melodies are layered down in reams of top-end Technicolor echo. Volume isn’t worth shit unless it’s turned past maximum, and starts overloading from lips being held too close to the microphone: the resonance itself starts taking on new forms of melody. One could put this down to sloppy recording the way – on first listen – GbV’s Vampire On Titus sounds astonishingly shambolic. This would be foolish, in the extreme. Like No Age and anything Robert Pollard once turned his inebriated glance to, Times New Viking’s third album Rip It Off glorifies in the mess and noise, unearthing surprising layers of harmony. Neither band saw the need for a big studio or ‘proper’ production (least not until much later on, in GbV’s case – and they suffered for it). The super-saturation adds texture, understand?

First up, it’s a dead giveaway that Times New Viking are on Matador – home to all things Malkmus. Listen closer, though; through the distortion; and you’ll hear clever, skewed melodies, the sort of which once raced through such masterpieces as Slanted And Enchanted and Crooked Rain, Crooked Rain. We could throw in Sebadoh as well (or, to be more precise, Lou Barlow’s ultra-wobbly solo project Sentridoh), without much fear of contradiction.

There is a school of thought that holds the reason Rip It Off is mixed so loud is that otherwise songs like the seasick anthem ‘Drop-Out’ would be dead ringers for half of the Mouse’s more internal work – and no one likes to be mistaken for a Number One on Billboard type band, now do they?

OK, let’s get a little obscurer – you ever heard some of the more intense stuff released on Flying Nun Records’ answer label, New Zealand’s Xpressway? (It was originally cassette-only, and showcased the burgeoning experimental Kiwi scene.) You know, The Dead C, Peter Gutteridge, Alastair Galbraith… man, most of Times New Viking’s stuff would not sound out of place there – and trust me, this is some compliment. See also: Siltbreeze Records (for the same reasons).

That’ll be for the length of the songs, more than any malignant or Sixties girl group-influenced world view.

You haven’t listened to punk music, punk, until you’ve listened to Hüsker Dü’s version of The Byrds’ ‘Eight Miles High’ (live version from Camden Palace/Koko in 1985 below) with the volume turned up way past full on your Dansette, minuscule speakers overloading – 12 times straight, with the lights out, dead of night.

In many respects, Times New Viking are the anti-Vampire Weekend – and thank Bob for that. Once, the lines were clearly drawn and it was obvious Paul Simon was the enemy. Where have all the brave men and women with their sticks and their supply of chalk gone?

One part The Shaggs

It goes without saying.

For more on Times New Viking check out shredyrface.com