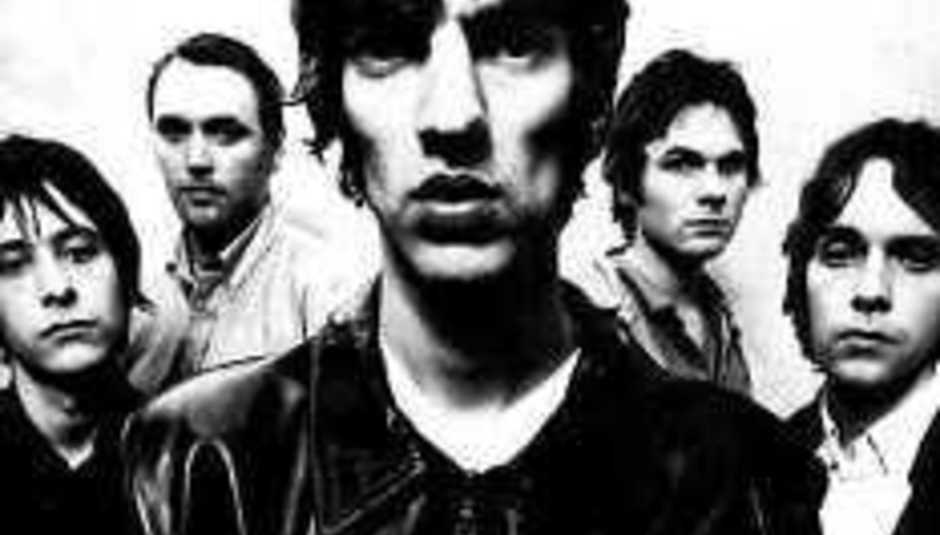 Could be a lifetime before I see you again: why I don’t want to see (The) Verve back together...

Could be a lifetime before I see you again: why I don’t want to see (The) Verve back together...

“Every parting is a form of death, as every reunion is a type of heaven.”
Tyron Edwards

How many times can you die? I ask this question because yesterday (news) was a big day in the life - musically speaking. A huge band on my cultural seismograph got back together after nearly ten years apart.

See, on an April morning in 1999 the remnants of one of the best bands this country has produced – one that had been ebbing away for a year whilst fulfilling tour commitments without guitarist Nick McCabe – made an announcement that merely confirmed what was already apparent: The Verve were no more. I was disappointed, but knew it without needing a press release; the writing was more than on the wall, it was etched in the bedrock of the band. Their history had been volatile at best, with sapping tours culminating in hospitalisation and recording sessions where rental cars were spun on the lawn until the wheels came off, not to mention a prior split in 1995 that saw them say goodbye for two years with the single ‘History’. Tagline: ‘All farewells should be sudden’.

Then there were the legal problems. Firstly with the record company, Verve, over their name (causing the band to contemplate changing their name to Verv – hence ‘dropping an ‘e’ for America’), and after that with Allen Klein (owner of the Rolling Stones’ catalogue) over the sample of the ‘The Last Time’ used on ‘Bittersweet Symphony’. Their main problem however was endemic; a constant diet of road-madness that contributed heavily towards the deteriorating relationships of band members (in particular that of the quiet maverick, McCabe, and the general spokesperson and increasingly controlling Richard Ashcroft). Their story isn’t a new one, but history has a habit of repeating itself and with this band it has proved to be a very short cycle. They have only ever operated on turmoil and the whims of life’s breeze. To get organised seemed against their nature.

So now we’re told that The Verve have reformed for the “joy of music”. It came as something of a shock because for them it is the same chemical equation for both the ‘joy’ and the destruction; like an amazing but dangerously unstable solution that only requires a nudge to melt faces off everything within a half-mile radius.

I know that the money on the table these days for such things is enough to lure even the most ardent legacist out from their stowaway, but most still didn’t think that The Verve would be landed like this. The wounds seemed too deep, the positions too entrenched and the most necessary ingredient – Richard Ashcroft – committed so stubbornly to a plummeting MOR orbit. Never again, it was assumed, could we see all original members burying the hatchet and coming together to make great music. And I’m still dubious, because what made them great is probably no longer there; youth, naivety, massive acid and ecstasy consumption, and an outlook that saw them lay on their backs staring at the stars rather than their bank accounts.

In their first incarnation (pre-first split), The Verve were a band in the truest sense and space cadets of the finest kind. They didn’t to do things with any degree of forethought, they were never scene, nor career-minded, nor remotely conformist. There was an unmistakable degree of self-indulgence but crucially it really didn’t seem superfluous or bloated. Selfish maybe, but what good music isn’t? They scorched a trail toward the stars before exploding like the grandest firework you ever saw; a one-way trip without a destination. The stark picture on the inner sleeve of their second album, A Northern Soul, shows the band harrowingly burnt-out; right on the edge of the precipice. On the fledgling 1994 Lollapalooza tour Ashcroft collapsed and was carried by stretcher to the ambulance, hooked up to a drip, giving a thumbs-up for a photograph. By accounts, he has it framed on his wall.

“I hate 'indie' music. It's so diluted and boring. I can name you 50 bands who are doing okay now and in two years they will be forgotten. They're just this summer's T-shirt. History will forget them. But history has a place for us. It may take three albums but we will be there.”

Richard Ashcroft has often been accused of arrogance, but sometimes belief is all that one can sustain themselves on – especially when times are hard. Ambition is not a dirty word, and since when was a desire to climb the mountain something to be frowned upon? When did everyone start to lose their ambition and project their own narrow ideas onto Rock Stars, of all people? If you are starting a band and your aim is to release an album or two, ‘sell a few records’, then I’d rather you didn’t bother, thanks. I want to see commitment, the kicking of doors and the desire to step up to the plate even if ultimately that does mean obscurity. We need these people, we really do.

We accept adulation in arenas like football, but increasingly we treat our musicians as arrogant pricks. Why? That’s a whole other debate but suffice to say that the Richard Ashcroft I remember was mesmerizing; a force of nature and a front man of rare quality. It was only when he clued into the songwriting philosophy of the ascendant Oasis and The Verve subsequently tapped into both careerist rock and the associated mass audience that Ashcroft moved away from himself. In short, if you thought that Urban Hymns was by The Verve then you’re mistaken. It’s Richard Ashcroft’s dalliance with his solo career an album before his captaincy of the band degenerated into fallout. In the overbearing cheeriness of Britpop and Blair’s New-Britain The Verve embraced the dark as well as the light and for a while it seemed noble and unique in the language of the times, but the stagnation that followed was the kind which can only occur when a beautiful tree is finally crowded out and turns in on itself. On Urban Hymns the songwriting credits are split; the ego, madness and acrimony is right around the corner; and, even though it’s brilliant, it’s not their best work.

It might seem weird then that, in spite of my eulogising, I don’t want to see them back together again. My problem is that I just don’t see where it can go, except for down. Can they really reconcile the wide-eyed freedom of their youth with aging reality? Can they be vital? They certainly can’t be free on the same terms as they were before, the powers that be won’t allow it because those same masses that worship Urban Hymns will thank them for their legacy by shackling them to it.

Before their chance passed they were in the throes of a personal journey that, in hindsight, they should never have compromised. Ashcroft grasped the twin conceits of time and youth in his hand, and the surety that the world stretched out from his feet towards some beautiful horizon lent him a swagger and a humanity that has been eroded every year since by his own inability to realize that sometimes you can’t do it on your own. The world has little favour towards the virtuous, or the young, or the idyllic, and no matter how deserving they may consider themselves of recognition it will actively remove the cards from their deck until they have no option left but to accept their losses, or tip the table in an overt display of defiance and revel in that last moment of freedom before the brutes exact their revenge.

And maybe this is exactly that: a chance at redemption. Yet I don’t see how any of the tensions inherent in the band can have been settled, despite the cooling period, and one has to assume that as with the last time Ashcroft reformed the band he was made to “eat shit” (McCabe’s words). They were never meant to last. Nothing good does. Purity is a myth: momentary at best, before it is tainted and collapses under the weight of the world that surrounds it. Beauty is on the fringes and the rest of it just breaks us. As we grow, one by one our heroes are felled, and so we learn the way of things. But this is my band, the one that means more to me than any other and when it comes to them I can be neither rational nor cynical. I liked that they were frozen in time, that they never got the chance to taint their legacy and, yes, it may be that I am ultimately protecting myself and my nostalgic version of what this band represent. But it’s also the simple fact that they were done; there was no unfinished business, and with this reformation I no longer think we see eye to eye. I’m steeling myself for disappointed but due to my devotion there’s absolutely no way that I am going to sit this one out… so I guess I’ll see you at the Roundhouse.

Like Lester Bangs said: heroes are stupid things to have anyway.