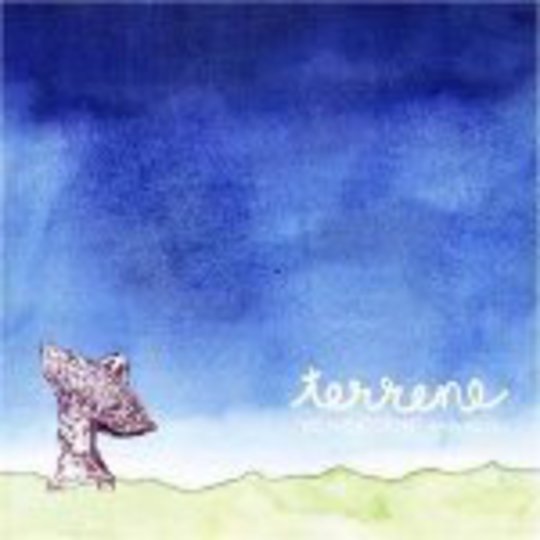 It’s funny: once upon a time you would expect nothing but flannel-clad grunge to come out of the Pacific Northwest, but these days a large number of bands emerge from the area with a fully formed take on the jangle-fuelled indie pop of The Shins or Built To Spill’s wall of guitar sound. Placing themselves somewhere between these two musical luminaries is Terrene, a trio who’ve been hawking their rather familiar sounding wares on the local Seattle circuit for a few years now.

Working with producer Phil Elk, who - surprise, surprise - has worked with The Shins, Built To Spill and Modest Mouse, Terrene’s debut LP, The Indifferent Universe, is a carefully constructed love letter to the sound(s) that have proven to be so successful for the aforementioned bands. ‘Fifty One’ starts off with an immediate blast of strumming acoustics, wailing drums and those nasally vocals that apparently come deriguer in the region (must be something in the air). Jangly, dreamy and so very safely indie, it’s a pleasant enough number that’s only let down by the fact that it sounds exactly like every other pleasant enough number to come out of that corner of the States over the past few years.

With only the odd synth line adding a much needed touch of variation, tracks like ‘Stereo’, ‘What We’ll Never Be’ and ‘Andromeda’ are left to fend for themselves on the same stylistic island. The simplistic Game Boy beats of ‘The Spirits On the Shelf’ raises the song above the level of mere emulation before it comes crashing back down onto Terrene’s formula of quiet/loud dynamics buoyed along by spacey instrumentation that occasionally lands on the wrong side of accessible.

A bit like flat-pack furniture, you won’t find anything to despise on The Indifferent Universe. The songs here are functional and do the job, though you may find the assembly a little frustrating and the end result less than breathtaking. The phrase ‘by the book’ may be overused by critics, but it makes perfect sense with this bunch.