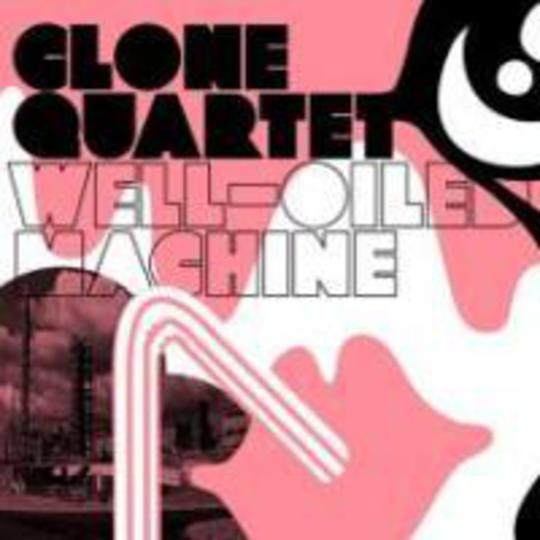 Belfast’s Clone Quartet position themselves awkwardly between the vulnerability of a Casiotone-comparable twindie-electro act and the balls-out bravado of one of the many bleep-core kidz riding Klaxons’ coattails; neither affecting enough to qualify for any emo categorisation, nor as catchy as The Rapture or CSS – acts the four-piece have previously supported – they’re wedged in a middle ground bracketed by bands of immense commercial appeal without quite engaging the listener on a similar level.

Such an introduction isn’t wholly intended as a slight, though – there’s no doubting that the Andy Henry-fronted outfit know their way about a fine tune, as Well-Oiled Machine is peppered with them: ‘Won’t Somebody Please’ bobbles on a super-Edged guitar line straight out of stadium rock handbooks past, ‘Need Your Love’ is as immediate as the tipped-for-2008 Friendly Fires, and previous single ‘Carousel’ is an insistent opener doused in squealing keys and oddly Sonic The Hedgehog-recalling effects. (8-bit fans will suffer flashbacks aplenty during this album’s duration.) Problem is that everything contained within some quite lovely packaging seems to lack a certain warmth, a little heart to separate man from Moog; Well-Oiled Machine seems, after a couple of listens, to be a perfect title for this twelve-track debut.

A little too polished and slick for its own good perhaps, Well-Oiled Machine is a well-executed and zeitgeist-tuned album of indie-pop for electro-heads that’s a smattering of bona fide classic tracks away from a genuine chorus of critical approval. Without standouts enough on its side, though, it quite quickly recedes into a state of background noise, secondary in sensory perception to whatever’s before the listener in question: a boiling kettle, a rolling-up bus, an Argos queue.