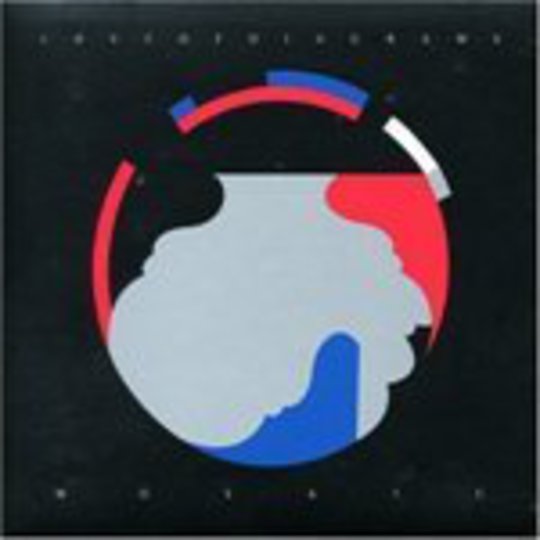 The trouble with more of the same, even when you think you’re onto a good thing, is you still end up with the same – there’s just more of it. Which sounds like solipsistic twaddle, until you’ve sat listening to Mosaic for forty-odd minutes. Over the course of their recent self-titled EP, Love Of Diagrams’ whiter-than-white rendering of post-punk, art rock and riot grrl influences worked effectively enough, but spread over twelve songs it’s a bit of a joyless slog.

Pixies crop up throughout as an unlikely reference point, ‘The Pyramid’ being a twisted anthem in the mould of ‘Gouge Away’, and ‘Ms V. Export’ resembling the swaggering, punch-drunk gait of ‘Bone Machine’. On second thoughts, perhaps that shouldn’t come as much of a surprise - the album was recorded by Shellac’s Bob Weston in Steve Albini’s Chicago studios.

In general, Mosaic favours the lumbering teutonic grind of Joy Division’s first LP over the punk-funkier shenanigans of PiL or Gang Of Four, although if you screw your ears up a bit you can hear shades of Keith Levene in the spacey, dubby guitar FX daubed liberally across the record’s unrelenting attack. ‘Single Cable’ even dares to sound like The Yeah Yeah Yeahs’ ‘Maps’, albeit drafted into a Russian gulag and forced to subsist on a diet of radioactive rocks.

Energising stuff, to be sure, but it’s a faithful translation of familiar influences seemingly lacking even in the modest ambition of inducing people to party like it’s 1979, à la The Rapture, Franz Ferdinand, !!! etc. So where Curtis acted as a spirit guide through Joy Division’s grinding industrial cityscapes, Antonia Sellbach’s standard-issue barked vocals bleed listlessly into the mix. And where Pixies’ brutal otherness was offset by Frank Black’s twisted sense of humour, Mosaic’s few audible lyrics offer nothing more than procession of alternately ambiguous and vaguely post-structuralist-sounding buzz words – “Form and Function!”, “Pause and reaction!” etc.

Devoid of the vision and inspiration of their illustrious forebears, Mosaic is a competently-executed but finally hollow exercise in post-punk dynamics.

Hummer / Astronauts And All