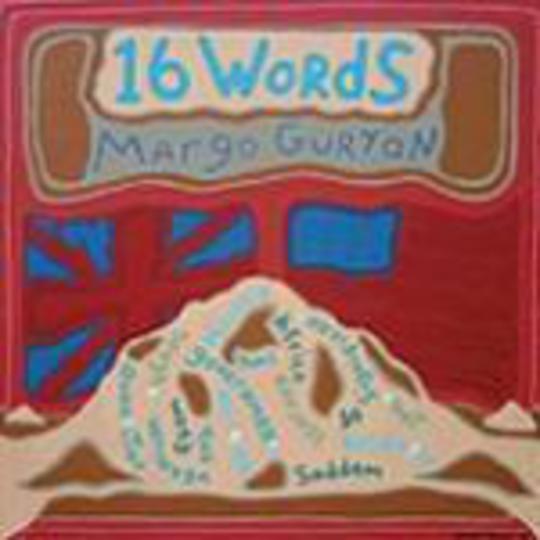 ‘16 Words’? What 16 words? Why, the 16 words in President Bush’s State of the Union address in January 2003. Remember those? When Bush said that “The British Government has learned that Saddam Hussein has recently sought significant quantities of uranium from Africa”? And then it turned out to be a lie, and Joseph Wilson pointed out that it was a load of gubbins, and then – coincidence! – his wife Valerie Plame was outed as a secret agent and lost her job? The US equivalent of the 45 minutes / dodgy dossier / death of Kelly scandal?

Well, Margo Guryan has made a song based around those 16 words and some samples of President Bush sounding all ponderous – and it’s rather fine. It has a quite serious, arty feel to it, which – knowing the subject matter – makes it feel pleasingly sarcastic without getting all overbearingly polemical about it: a swaggering mixture of military and carnival with some funereal elements to it. In fact, it’s a sort of glamorous military swagger, complete with trumpets and choir-like vocals. And with a general air of taunting reminder that, actually, lots of people fucked up quite a lot over the whole Iraq thing – and they shouldn’t be allowed to pretend that didn’t happen.

Which is a very valid opinion, really: and voicing it through this playfully irreverent, yet still slightly/suitably mournful track makes very good sense. Check it out for yerself here.