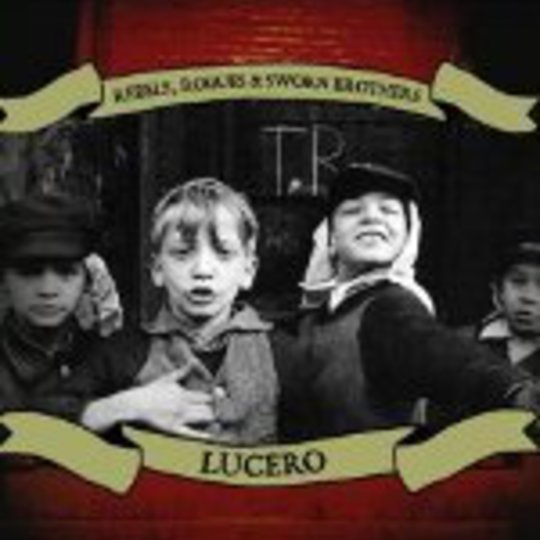 At the start of 2007, a (then) little-known US band named The Hold Steady swept up on our shores with their third record in tow, and were rightly met with a hail of fawning platitudes. Their re-imagining of the mythical realm hewn by Bruce Springsteen’s rag-tag E Street Band in the 1970s seemed oddly refreshing in a musical climate that celebrated bands that sound like Gremlins with GHDs and haemorrhoid problems. Craig Finn and his earnest crew of hard-boozing, hard-playing buddies had arrived, no longer just an underground secret shared by the clued-in critics or the backpack and blog brigade.

Three months later, a strange sense of déjà vu crept in with the release of another mid-career watermark album by an equally underappreciated, down-home US rock band by the name of Lucero. As escapist, evocative and romantic in its vision of the American dream/nightmare as their Minnesotan counterparts, Lucero however had the indelible mark of a weary old dog that had just taken one too many kicks. Or maybe that was just the sound of one serious-ass hangover. Whatever, neither the critical or promotional red carpet was as forthcoming for the luckless Memphis boys as it had been for Mr Finn’s lot.

While singer Ben Nichols is given to less lyrical logorrhoea than Craig Finn, his world view is etched through similarly whisky-soaked hues. Less literary though they may be, they are less affected and arguably more affecting for it. If Finn is the self-aware barroom bard, Nichols is the cranky, spluttering drunk slumped in a corner, hurling empties at the jukebox. His dissection of life’s fuzzy-lollied minutiae is made all the more piercing through his strained and craggy, 60-a-day bark. Musically, there’s a swish of Skynyrd-style Southern rock tempering Lucero’s Bruce-isms but they are absolutely, undeniably in there. The Hammond whirr now rounding out the countrified skeletal structures of old.

Tracks like ‘She’s Just That Kind Of Girl’ and ‘I Don’t Wanna Be The One’ _are big, boisterous barnstormers that could go shot-for-shot with anything from _Boys And Girls In America. But Lucero are quite content taking their own sweet time to get wherever it is they’re heading, with the second half of the album slowing to a heel-dragging crawl, almost as if the Dutch courage, gusto and vim of a stellar opening half has left them all out of puff and dehydrated. Among the slow burners,_ ‘On The Way Back Home’ _stands out, with its hypnotic sway and teary-eyed, downtrodden but hopeful spirit that there may just be something in the night after all.

Whether these old dogs will follow their peers and have their day in the sun (as the old cliché goes) remains to be seen. They’re more likely to tirelessly hobble on until they inevitably lay down to die, which makes listening to Rebels, Rogues & Sworn Brothers an ultimately bittersweet experience. While they’re still kicking though, let’s find them a good loving home, eh?