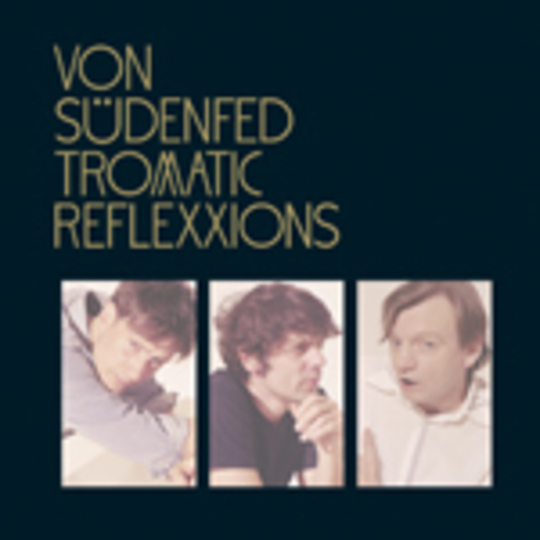 If it’s kudos you’re after, you could do a lot worse than hunting down a copy of this collaboration between German techno boffins Mouse On Mars and Fall lynchpin Mark E Smith. But would anyone actually want to listen to it? Well, yeah, as it turns out.

Perhaps the most surprising aspect about Tromatic Reflexxions is its willingness to engage the listener. This unlikeliest of romances first blossomed in 2004 via ‘Wipe That Sound’, a strident electro 12” lifted from Mouse On Mars’ 2004 LP Radical Connector. That song is reworked here, with one of Smith’s trademark impressionistic rants on ‘That Sound Wiped’, and it’s a fair indicator of where the sound’s at, leaning towards poppy accessibility rather than the bolshy experimentalism of MoM’s recent effort, Varchaz.

‘Fledermaus Can’t Get It’ is equal parts Teutonic cool and rasping electro exuberance, ‘The Rhinohead’ is irresistible, soul-inflected pop – no, really – and ‘Flooded’ will have you rubbing your ears wondering if you didn’t just hear post-punk’s most irascible icon getting down with Flat Eric.

That the collaboration feels like such an organic one is even more remarkable since it can fairly accurately be summarised as Mark E Smith ranting over some Mouse On Mars songs. Even for a fellow who’s a walking dictionary definition of the word ‘cantankerous’, Smith’s on eccentric form here, burbling away in the background, making unintelligible interjections, even barking out lyrics in hilarious Manc-German over the starchy beats of ‘Speech Contamination/German Fear Of Osterre’.

‘Serious Brainskin’ is a bewildering mix of glitchy, bangra-like rhythms and weird, whirring noises, the beats hitting heavy with hip-hop clout. It’s not all clever-dick knob-twiddling, though – the laid-back guitar interplay of ‘Dear Dead Friends’ could almost be Animal Collective at their most droning and blissed-out, with even Smith coming perilously close to a melody. And while there are a couple of forgettable interludes in ‘Duckrog’ and the in-jokey, boil-in-the-bag blues of ‘Chicken Yiamas’, they’re at least judiciously placed towards the back end of the album, and at two minutes-ish apiece they’re hardly outstaying their welcome.

What could so easily have been an obtuse exercise in wilful eccentricity actually ends up an engaging, focussed listen that’s deserving of a wider audience than its somewhat cliquey appeal might suggest.